While Riyadh is certainly an interesting, exciting city, sometimes you just want to get away from it all. If you have a vacation coming up and you’re not sure where to go, we’ve got you covered.

Fortunately, Riyadh is well located between the treasures of the Middle East and the adventures of Asia and beyond, with the city’s King Khalid International Airport flying to hundreds of cities and countries worldwide. Whether you’re planning on getting away for a weekend or a fortnight, here are the best city breaks for you to take if you’re living in Riyadh.

Mumbai: Manic, cosmopolitan, colorful, there are few global cities more exciting than Mumbai. While the sprawling megapolis is one of the largest in the world, most of the historic sites and cultural attractions are located on the small peninsula which makes up the Southern tip of the city, meaning you can easily explore the best bits in just a couple of days.

The city also happens to be one of the best destinations for those looking for 5-star luxury on a budget, with a stay at the majestic Taj Palace Hotel costing little more than a Holiday Inn would in Riyadh. Make sure to spend an afternoon in the uber-hip neighborhood of Bandra, home to India’s Bollywood stars and jam-packed with trendy boutiques, cafes, and galleries. 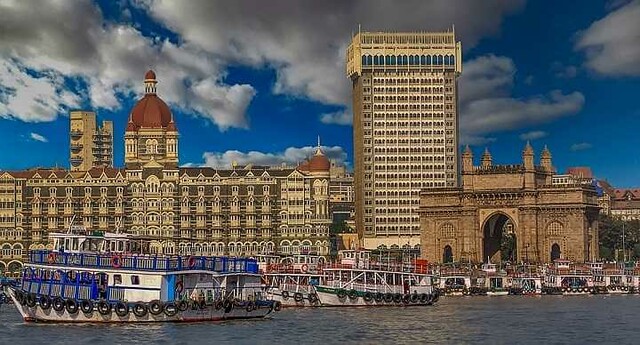 Beirut: For those on the hunt for a speedy weekend trip, the thriving Lebanese capital of Beirut can be reached in less than three hours. This booming coastal city combines all of the greatest elements of East and West, featuring the very best of Arabic cuisine and markets alongside a thriving nightlife and shopping scene.

The scars of the bloody civil war are barely visible in this safe and upbeat metropolis, although you can take a fascinating walking tour of the old conflict zones if you’re interested in brushing up on your history. Make sure to make time for a classic Lebanese breakfast of manakish, ideally eaten at one of the waterside cafes. 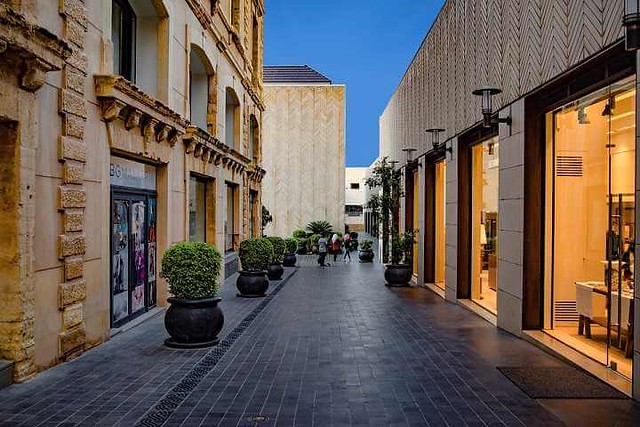 Melbourne: This one is for those looking for a more lengthy getaway, given that the flight time is anything but brief. The progressive city of Melbourne is Australia’s cultural capital and undisputed hipster epicenter, as well as the ultimate destination for sporting fanatics.

One of the best times to go is in November when the weather is at its most tolerable, and when one of the most high-profile sporting events in the world, the Melbourne Cup, will be in town.

Head to the historic Flemington racecourse to soak up the electric atmosphere, and do as the locals do by betting on your favorite horse, making sure to get clued up on all the latest odds with Oddschecker in advance. Afterward, relax in the city’s Lanes with a flat white, in true local fashion. 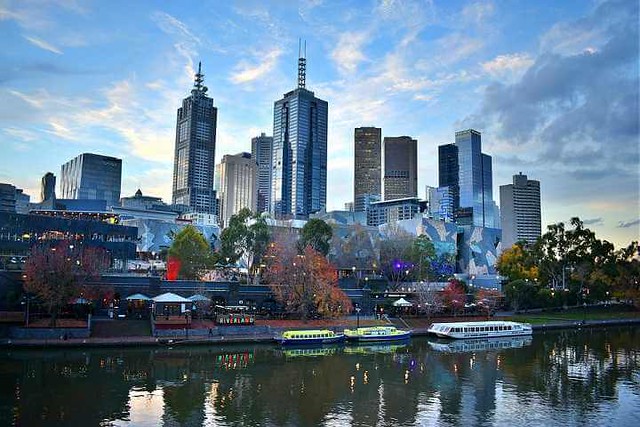 Kuala Lumpur is a city of contrasts, where some of the world’s tallest skyscrapers can be found towering over miles of low-rise slums and traditional Malaysian marketplaces. The city has an energy like no other and is the perfect place for architecture fanatics looking to take in the unique blend of colonial European, traditional Malaysian and ultra-modern design, all crowding in one place.

A trip to KL wouldn’t be complete without sampling the local fare, so make sure to fill your belly with such classics as Hokkien rice, Nasi Goreng and banana leaf rice. The city is also well-suited to those looking for a city break on a budget, with some of the cheapest prices in Asia for hotel rooms, transport, and shopping.

If you have enough time, make sure to head out into the countryside to explore some of the traditional “floating villages”, which have remained largely unchanged for hundreds of years. 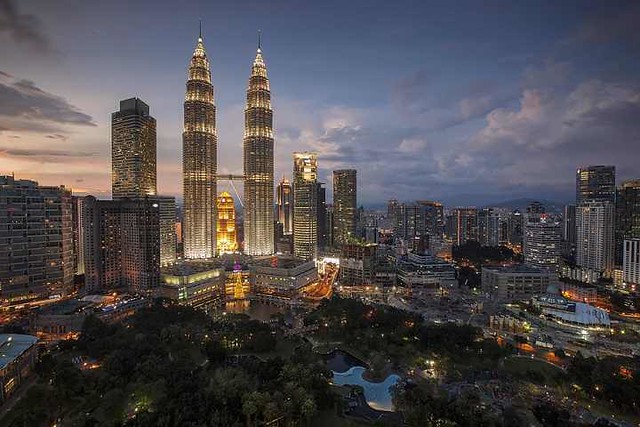 Athens: While Europe is undoubtedly more than just a quick flight away, Greece is the closest port of call for Saudis searching for a Euro city break. The ancient city of Athens has recovered well from the financial crisis which dominated the headlines in 2015, and tourism numbers are now at their highest ever point.

Hotel rooms in the beautifully-preserved center can still be found for bargain prices, and every visitor should try and bag themselves a room with a stunning view of the Acropolis, the former site of Ancient Greek democracy, and one of the most powerful symbols of Western civilization.

This is undoubtedly a city for serious history buffs, so make the most of it by buying an Athens City Pass that will give you access to all of the city’s world-class museums for a few days. If you’re only in town for a short while, the Acropolis, Benaki Museum and Goulandris Museum of Cycladic Art should be at the very top of your bucket list. 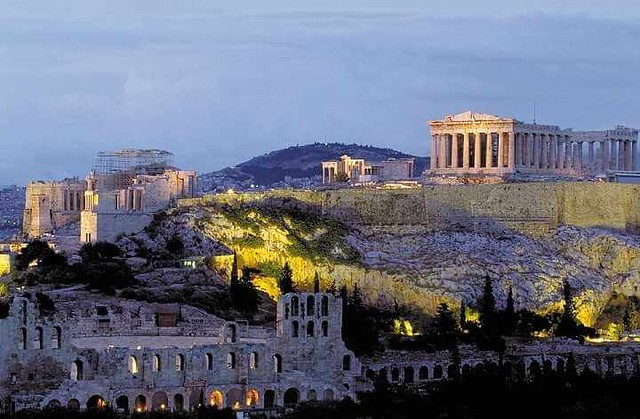 Cairo: For centuries, Cairo was the undisputed center of the Arab world, and it remains today an important focal point for Arab intellectual life and art. The city is one of the largest on the planet, and just stepping outside the airport is enough to convince you that you’ve entered one of the most chaotic and lively places there is.

Getting around the city can be challenging, so your best bet is to stick to the surprisingly efficient Cairo Metro, which will whizz you around all of the main tourist areas in a safe and affordable fashion.

Of course, make plenty of time to visit the jaw-dropping Pyramids of Giza (which have been cleaned up significantly in recent years), as well as the dozens of award-winning museums dedicated to the culture and history of Ancient Egypt. 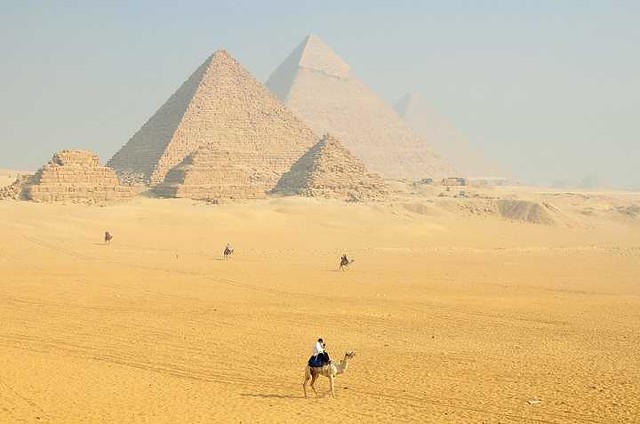 Baku: If you’re looking for something truly unique, a weekend trip to the Azerbaijani capital Baku is right up your street. This oil-wealthy city on the Caspian Sea has long been a vital crossroads between Europe and the Middle East, and this is clearly evident in the neoclassical architecture and cuisine served up on the pristine streets of the Old Town.

The city is fast rising through the ranks to become one of the hottest tourist destinations in the world, and with Baku hosting the Euro Cup in 2020, it’s not surprising that hotel room prices are already rising fast.

Baku is a relaxed city with a quiet pace of life and is the ideal destination for those looking to indulge in some shopping, punctuated with cafe breaks where you can sip on strong black tea and watch the world go by. 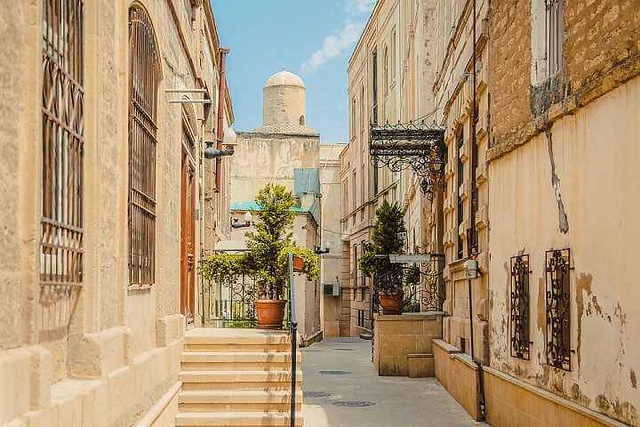 Riyadh is fortunately well-connected enough that the entire world is available to those looking for a vacation, and hopefully, these fascinating destinations will inspire you to stop procrastinating and book those plane tickets! The globe awaits.

10 things you will miss after leaving Saudi Arabia