This very heart-breaking incident happened in Taif where qualified nurses mistreated a newborn by playing with his head. Although, it was part of entertainment and joy for them, a shock for the entire Kingdom.

Scientifically the skull is the most sensitive part of the newborn, and mistreating that part can cause any injury and lead to never-ending pain for the parent.

They made a video and posted on social media for fun but the video sparked outrage. Nobody knew proper information about the hospital or the nurses. 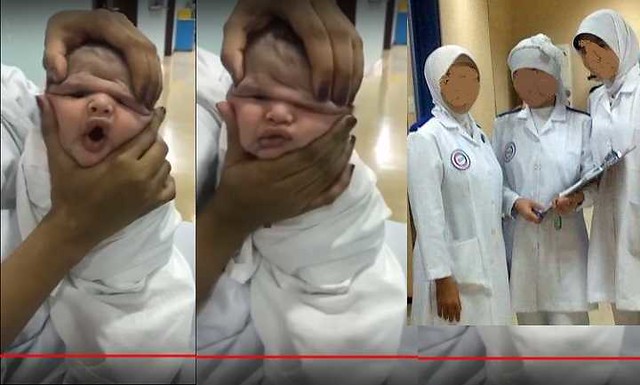 The Nurses have been identified

Abdullah Al Rabie, the spokesman of Taif Health affairs, said the video showed three nurses mistreating the baby, one was playing with the baby head and her two friends were laughing.

A Dark Spot on the White Coat

Dr. Mamdhouh was quoted saying that such nurses and their actions were “a dark spot on the white coat”.

A Professor at National Guard Hospital in Jeddah, Dr. Mohammed Al-Ghamdi, who teaches medical ethics was quoted saying that when it comes to children being victims of any such act, the harsh and strict reaction by the people is natural and understanding.