A wanted Saudi detonated a suicide vest he was wearing when security forces attempted to arrest him in the Al Samer region in Jeddah.

He died at the scene and a Pakistani resident and three security men with various injuries were taken to the hospital to receive the necessary treatment.

How was he caught?

Security forces had tracked down the location of the terrorist and launched an operation to arrest him.

He had been approached by security personnel at 10:00 p.m. on Wednesday in the Al-Samer neighborhood in Jeddah. Realizing the threat, he immediately blew himself. 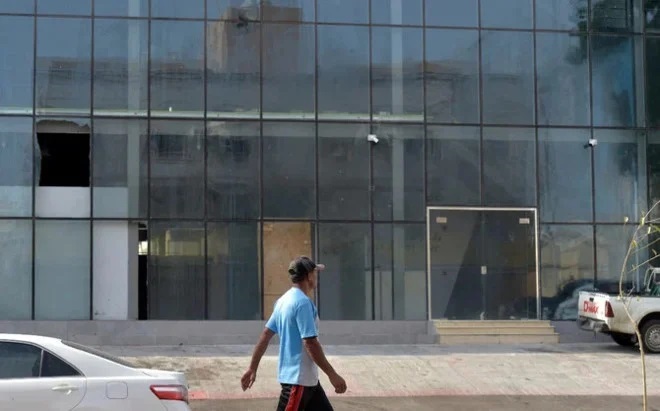 Abdullah bin Zayed Abdulrahman Al-Bakri Al-Shehri was involved in a terrorist attack on a mosque in the Asir region in 2015. He has been wanted by Saudi Authorities for the last 7 years.

The 9 terrorists affiliated with Daesh were involved in a terrorist attack that targeted worshipers at the Special Emergency Forces Command Mosque in Asir on Aug. 6, which killed 11 security officials and four Bangladeshi workers on the site, while 33 other people were injured. 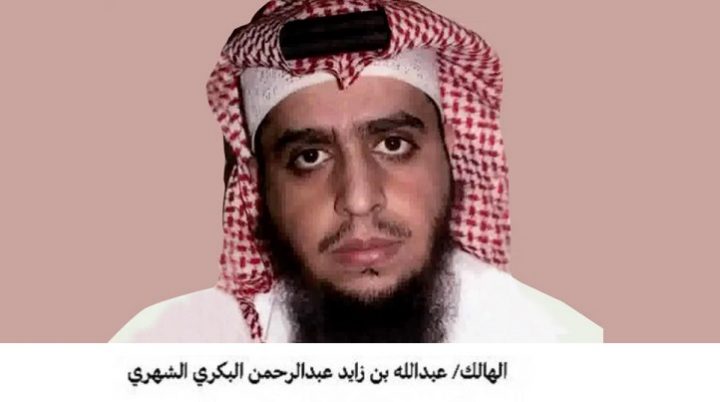 Out of 9 people involved in the terrorist attack, 8 have been held or killed. Only one is remaining with the name Majid bin Zayed Al-Bakri Al-Shehri.