It was Friday evening when a pack of stray dogs wounded a minor girl who was just four years old. The girl was immediately taken to the hospital, unfortunately, she could not survive the wounds.

The grieved mother claimed that she saw a pack of hungry stray dogs attacking her small girl. She shouted and sought help from people and they successfully saved her from the clutches of the dogs.

The girl was severely wounded and bloodstained that she lost the battle of her life within few hours after reaching the hospital. 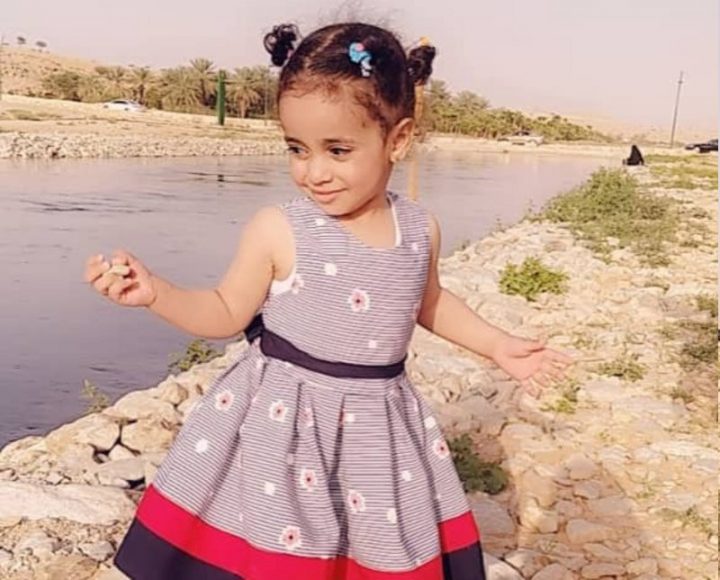 Abdullah Hazzam Al Abd Al-Salam, the girl’s uncle said that his niece somehow moved out but the mother too went out asking for her daughter.

As soon as the mother moved out of the house, she was shocked and terrified to see the painful scene where her daughter became prey to the street stray dogs.

She shouted when she saw 5 stray dogs tearing the flesh of her beloved daughter with their fangs and the blood spilled on the ground.

Everyone ran to save her. The dog ran and left their daughter severely wounded and bleeding. The father grabbed his daughter and embraced her in his arms to take her to the hospital.

She passed her last smile

At this time, she passed the last smile to her father with love and affection. She smiled because she felt safe in his father’s arm unknowingly that it was her farewell smile and her joy will only last for a while.

She could not survive the injuries

She was immediately taken to the nearest hospital for aid and dressing.  She was taken to the hospital by 5:30 and at 7:51, they were informed of the tragic news about the death of his niece.

Although the family was not allowed to enter the hospital due to the precautionary measures, thus they could not say a final farewell to their daughter that increased their sadness and shocked the whole family.

It is unfortunate to say that the area is full of stray dogs that pose several threats to the residents but no one ever tried to address the condition.