Google Maps has launched a feature in many different countries including Saudi Arabia which detects speed cameras on your way so that you can avoid being fined for over-speeding. A question must be arising in your mind, is it allowed to do it in Saudi Arabia?

The Traffic police of Jeddah recently issued a statement regarding the use of devices that detect speed cameras.

The statement read that a fine worth SR 3,000 would be levied on a driver who over speeds the car and uses unlicensed devices to detect a speed camera nearby so that his over-speeding would not get detected.

The chairman of the traffic safety committee in Dammam, Abdul Hameed Al-Moajil, added that such unlicensed devices tend to work as a radar picking up the locations of Saher speed cameras. 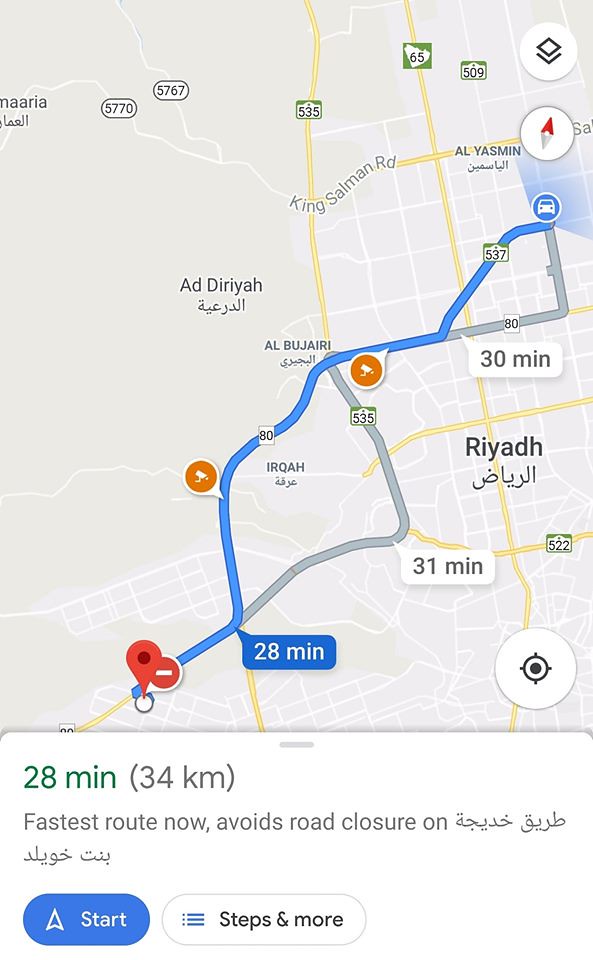 The drivers tend to slow down when they reach near the camera and do not get caught. Yet, now any vehicle found equipped with such devices shall be fined as much as SR 3,000.

He further made it clear that in past there was no clear law incriminating the use of such equipment, yet now anyone found guilty of using them would be charged with a traffic violation ticket.

Maj. Gen. Mohammed Al-Bassami, who is the director general of traffic, commented that some drivers have installed devices in their vehicles which are for use of Police and are only found in Police cars.

Is it allowed to use Google Maps to detect Saher Cameras?

In my opinion, there is no issue in using Google Maps because the primary purpose is not to detect locations of Speed Cameras but to navigate different location. Moreover, almost everyone with a smartphone is using Google Maps these days and it is impossible to ban people from using it.