You must have seen someone doing this annoying act while driving or somebody must have seen you put your finger inside your nose. Everyone knows that this is ethically incorrect and one shouldn’t do it but almost everyone still does it.

People mostly do it right in the middle of the traffic while driving your car or waiting for the traffic light to turn green.

Most of the people in Saudi Arabia drive with their air conditioners working at a high level regardless of outside conditions which create low moisture atmosphere that ultimately lead to deep-rooted and stubborn nasal deposits. 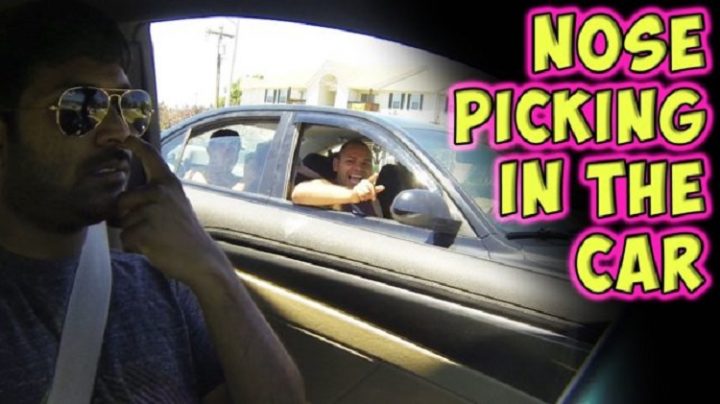 It is important to mention here that the research has proved that nose picking while driving can be even more distracting than using a mobile phone or arguing with your partner.

Research has also revealed that an average man takes around 30 seconds to remove a stubborn nasal deep-rooted dry deposits. It has also been noticed that the joy of removing the article reduces the road attention by 70%.

We are delighted that finally the government has taken some action against it as the rate of traffic accidents in Saudi Arabia is very high.

Now finally, Saudi traffic police have taken a notice of this practice and we have received a screenshot from one of our readers in which it is stated that he has been fined SR 300 for nose picking while driving in Saudi Arabia. 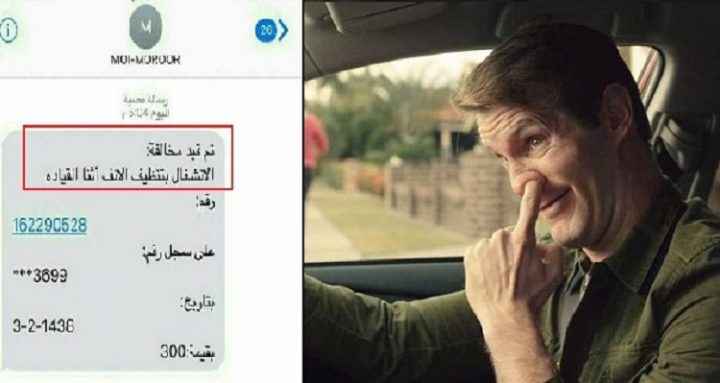 For the sake of clarity, the punishments will only be applied by a police officer when a finger is observed entering a nostril – small deposit removals on the rim of the nostril will be exempt in 95% of circumstances.

It is very important to mention here that both of your hands should be on the steering of the vehicle all the time. If you are busy in talking to someone on the mobile phone with a busy hand and God forbids, you meet with an accident, there are lesser chances of controlling your vehicle with one hand. Recommended: SR 150 Fine for using Mobile Phone while Driving

Similarly, eating or drinking something while driving also cause the distraction while driving. It is one of the most frequent violations of the traffic rules. Saudi Traffic Police has finally taken action against it. Recommended: SR 150 fine for Eating while Driving in Saudi Arabia

Driving at a faster speed is not an art, driving safe is. Keep in mind that your family is waiting for your back at home and your negligence in a split of a second could be fatal.

What is the meaning of Single/Double Flash of Saher Camera?

SR 3,000 fines for not stopping vehicle on Traffic police request