Saudi Arabian Monetary Authority (SAMA) printed a new 20 Saudi Riyal note on October 24th. The note has raised concerns for Indian authorities as the map on the note has shown the independent Kashmir.

The Indian authority conveyed that the map depiction of Kashmir on the Saudi note is a “gross misrepresentation” of a territory that is sovereign. The official spokesperson of the Ministry of External Affairs told that India would take the issue at the diplomatic level with Saudi Arabia.

It is a serious matter for India

He said that the matter has been seriously put forth by Delhi to Riyadh. The ambassadors in both Riyadh and Delhi have expressed concern to their counterparts.

They expressed that the gross depiction of the Indian Territory on an official banknote is a matter of concern for India and that they urge Saudi Arabia to take urgent and corrective steps towards it.

The official spokesperson of the Ministry of External Affairs claimed that the entire Union Territories of Jammu and Kashmir and Ladakh are part of India.

The next summit meeting of the global outfit for international cooperation will take place on November 21-22, which will be a virtual meeting. Yet the current controversy has already put the preparation of the summit in the dark. 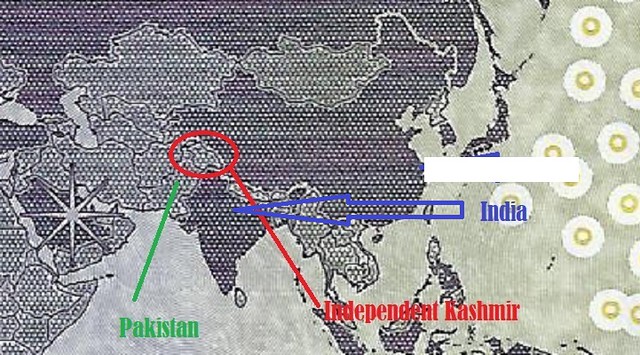 What is the issue with Kashmir?

The map depicts Kashmir as an independent state between India and Pakistan. However, Kashmir is still a disputed area between the two states since 1947. The map also shows that Gilgit Baltistan and the Azad Kashmir areas out of Pakistani territories.

You Are Working Abroad? Here Is How You Can Send Money Back Home

Digital yuan is taking control of the Chinese banking system

How to complain to Saudi Central Bank? SAMA