The Saudi government has launched a crackdown on illegal activities in Makkah. Declaring washing cars on the roads illegal, anyone who does this from now on will be fined SR 1,000.

According to Abdullah bin Khamis Al-Zaydi, Deputy Head of Makkah municipalities, plans are being drawn up to prevent this illegal activity. 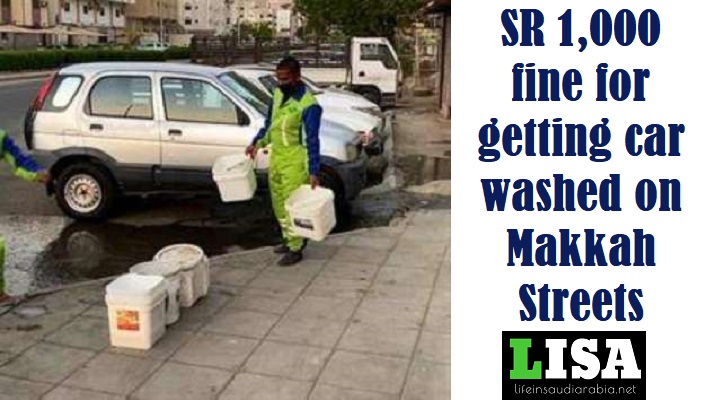 Reason for declaring it illegal

These activities are also reducing the amount of water and increasing air pollution, said al-Zaidi. This work destroys the infrastructure

Due to such works, the water collected on the roads leads to the growth of many insects such as mosquitoes and other harmful pests. Al-Zayedi added that because of this, the aesthetic environment of the people of Makkah is also deteriorating.

The co-operation of the people is necessary

He said that if these activities were to be stopped, the people would have to co-operate with us. The public should report such misconduct to the concerned agencies as soon as possible.