While it is very common in some countries to have freedom of speech and to criticize its people and public figures openly, yet in some countries, it is not that open. Such countries have strong Cyber Crime laws that would tend to tack you and would punish you for speaking negatively.

Saudi Arabia is not a democratic country: it has strong cybercrime laws that do not allow people to speak against the law, government, religions and other sensitive matters. Spread of hate through social media and websites can result in multiple destructions which is not healthy for a society.

The cybercrime laws have been made strict as Saudi Arabia hosts many nationalities and ethnicities: allowing people to be negatively vocal about others and religions can cause serious problems for the state. This is the reason why freedom of speech is under certain limitations. Recommended: A third eye is watching you in Saudi Arabia, be careful!

Talking against the government and the laws is completely restricted in Saudi Arabia. The bad behavior of people has been investigated and nurtured to become positive. 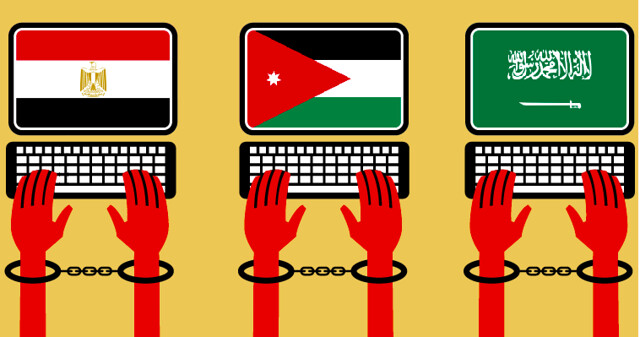 Not share your hate views while being anonymous or by using jump sites. They seldom work and you might end up in great trouble.

Criticism that is constructive, allows room for developing better behavior, a post upon which is appreciated by many and agreed by others has always been welcomed by Saudi Arabia authorities. Keep in mind, if you constructively criticize Saudis, they take it positively and try to improve themselves. However, negative criticism is not welcomed in any society and Saudi Arabia is not an exception.

Moreover, the Saudi police are very professional. They can deal with almost all situations swiftly. Also, they are kind enough to tolerate with you and understand you. Before getting into a mess, you can get guidance from them!

Woman arrested for posting immoral pictures and videos in Jeddah