Two families are now deep in the grips of a fully-fledged bitter dispute following an innocent typo error in a text message which was sent by a newlywed wife to her own husband.

The wife was hosting a dinner

The newly married wife had been hosting her sisters and mother over the weekend when she sent a seemingly innocent message to her husband. In the message, she requested him to bring dried fruits and nuts for the evening.

In the second message, when the woman was typing, Don’t Forget the Fairy Detergent in the Arabic Text, the autocorrect turned the message into, Don’t Forget, your vain man.

Her husband, who had naturally become shocked by this untimely and unexpected admonition, rushed home immediately and started quarreling with his wife.

Instead of allowing the wife time to respond, he told her that she was, in fact, a vain woman herself and was the daughter of a vain father. 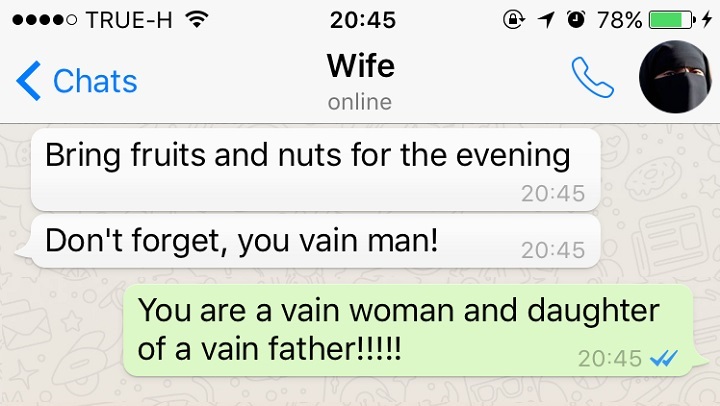 The mother-in-law claimed that her daughter would under no circumstances stay with any man who had disrespected her father and immediately called one of her sons to pick them up and drive them home.