Home Driving in KSA Traffic Violations What is the meaning of Single/Double Flash of Saher Camera?

You might have noticed that sometimes Saher or speed camera flash single time, sometimes it flashes the double-time and even three times, ever wondered what is its meaning?

The meaning of single flash of Saher Camera means that you have crossed the allowed limit on the road and the Saher Camera has taken a picture of your car. 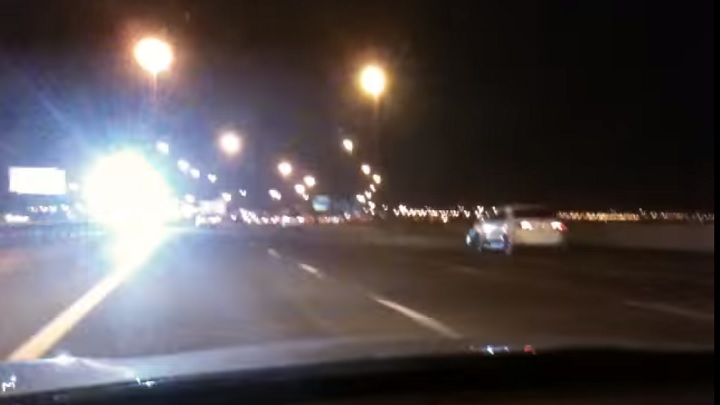 The Saher Cameras installed on the signals flash 3 times whenever they detect a traffic violation.

Therefore, if you notice a triple flash of Saher camera, you need to be worried about it as the traffic fine for crossing a red signal is too high.

You will not find a speed camera flashing three times on a car in Saudi Arabia as it will always be single or double flash.

Is it related to Speed?

Some people think that in case of one flash of Saher camera, the violation committed is of minor nature and in the case of two flashes of speed camera, it is of bigger nature. However, it has nothing to do with reality.

Does a flash always result in Traffic Fine?

It is worth noting that a single flash, double flash, or even triple flash of Saher camera does not automatically mean that you will be fined. All these pictures taken by Saher camera go through a manual checking control.

In case you are confident that you have not crossed the speed limit and still you got a traffic ticket, you can always challenge the traffic ticket using Absher.