A man had taken his wife out in order to have dinner. In the restaurant, the couple sat inside a family section in a small cubicle. The cubicle had sides made of frosted glass in order to prevent other men from seeing the women.

The picture instantly sparked a strong debate on several social media platforms and websites. Some of the people were supporting the actions of the man whereas others strongly opposed it.

My point of view: I am in full support of the husband and have also found his actions to be in complete accordance with the rulings and teachings of Sharia in relation to the issue of Hijab, although a large number of people are bent on belittling or ignoring the importance of these teachings or rulings.

The Almighty Allah has stated in the Holy Quran to the Holy Prophet (peace be upon him) that the Holy Prophet (PBUH) must tell his daughters, wives and all women of those who believe to cover themselves with their outer garments. 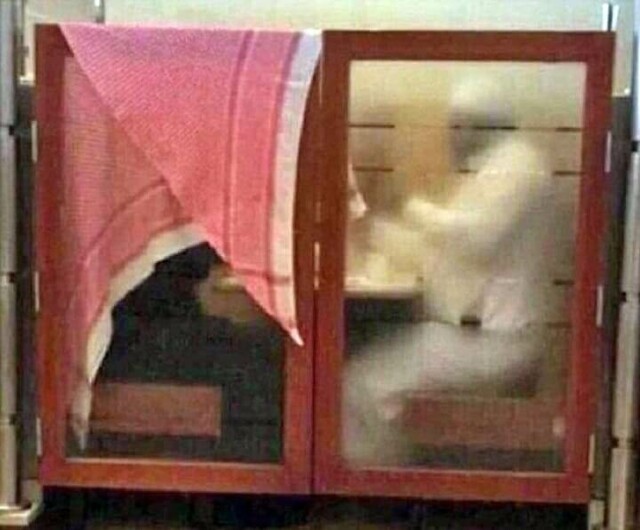 Its a clear order by Allah: The Almighty has clearly ordered all the women to cover themselves and the order had been made thousands of years prior to today when the act of sedition was much less prevalent than it is today.

Wearing hijab has been mentioned in the Holy Quran as; it is purer for your hearts and their hearts. Unfortunately, however, we can see in our present times that several Saudi or Muslim women who are uncovered in public and wear short or revealing clothing.

I do not criticize them as I am not in any place to do so and because I am answerable for only my choices and my sins.

People Criticized the man: Talking about the hashtag which we had been discussing, something really strange out of that is that some of the people have criticized the man for what he had done.

If some of the men have a problem with letting their own wives wearing makeup and keeping their faces uncovered, there is no issue here. However, what men cannot do is force the other man from not looking at their wife’s uncovered face.

What we need to understand is that men are yet to reach a level or stage that they can simply ignore the uncovered face of a beautiful woman looking good with some makeup on.

Some men will argue that if the men don’t have a problem with their wife keeping her face uncovered then they should not have any problem with other men staring at them. This argument is evidence and reason, enough to know that one cannot argue with ignorance.