Home Islam Islamic Stories She paused her work, went for Salah and died in Sujood

There was a Quran teacher who would always have this advice from the Holy Quran that I hurry towards the Lord for the sake of pleasing Him. Taha -20:84.

She used to rush for Salah

She would tell her students that whatever work she is doing, she leaves it on the call of Adhan as she reminds herself of the ayat. Even if she is sleepy she would get out of a warm and cozy bed leaving behind the sleep and comfort in the mid-night just to please Allah.

She was preparing Mahshi that day

One day her husband called his wife to make a very time-consuming dish called Mahshi. It is a dish made out of grape leaves. Layers of grape leaves are stuffed and then cooked. The teacher was almost done with wrapping the grape leaves with the stuffing.

Only three were left, once done with those three, she would put them in the pot to get cooked. Yet the adhan was called. She thought of completing the wrapping and then going for the prayer as while she would pray the dish will get ready.

This Ayat struck her and she left the wrapping of three grape leaves and went for ablution.

When her husband returned, he found the dish un-cooked and her wife in sujood. He got upset and complained that she should have wrapped the remaining grape leaves and they offer her prayers.

She died in Sujood

To his surprise, his wife did not change position (i.e. remained in sujood) for quite a long time. He went forward and discovered her to be dead! 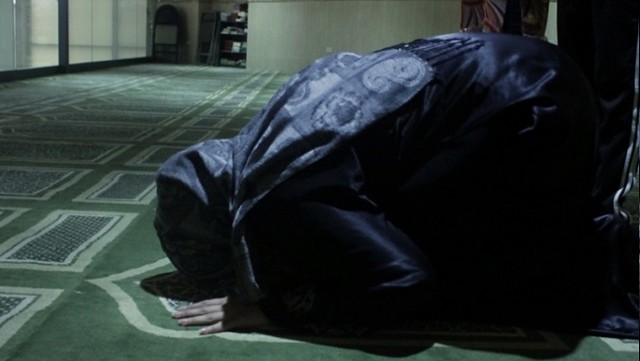 Moral of the story

This story has a great lesson for us. If she was like us, finishing work before going for Salah, she would have died in the kitchen, not in sujood. May Allah guide us All.