The most important thing in the world is family and the best feeling is to have a family love. Lucky are those who have their family with them to guide them like a compass, comfort them, and inspire them to become successful.

Similarly, a mother is a figure who can take the place of the entire family to support us. Undoubtedly no one among us would even think of losing their mother. Today’s article is quite touching and emotional. A mother and daughter were reunited to after 20 years,

Arrangement of a Saudi daughter and Indonesian Mother

This happened in Riyadh where the Saudi ambassador in Saudi embassy Jakarta, Essam Abid Al-thaqafi announced the arrangement of a meeting between an Indonesian mother and her Saudi daughter who has been separated for 20 years. It was a video conference through Skype that was arranged in Riyadh.

The ambassador announced the video conference was quite touchy and the embassy is also trying to arrange a direct meet-up of the two in any of the two countries where possible. In Riyadh, Saudi Arabia where the daughter is living or in Jakarta, Indonesia where the mother resides. The two spoke two different languages and both were in tears to see each other unexpectedly after 20 years.

Now here a question arises why the embassies arranged the meeting of the only two when there are hundreds of such families? This happened after the request of the Saudi woman who contacted the section of Saudi Affairs in the embassy asking them to help her to locate her mother. 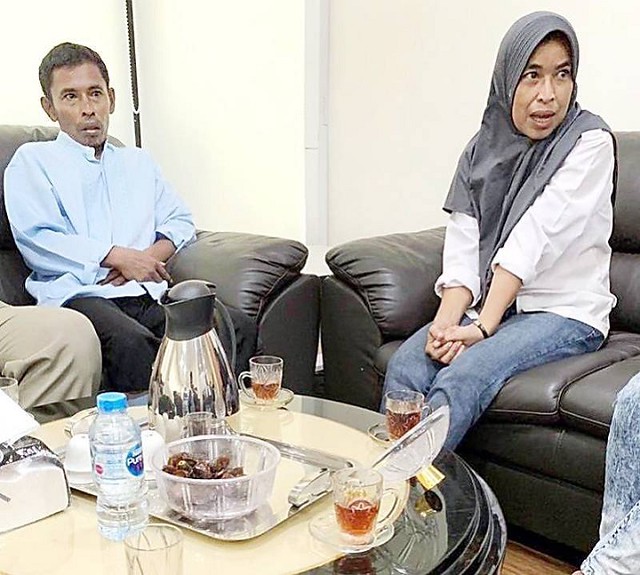 The Indonesian mother left Saudi Arabia following the death of her Saudi husband leaving her 3 years old Saudi daughter behind.

The Saudi Ambassador Thaqafi said, upon the request of the daughter they scrutinize the files and found that the marriage of the Indonesian woman with her Saudi husband was documented at the concerned authorities of both the countries. They also found all the identity papers and nothing was forged in that.

After inspecting the documents, the staff of Saudi Affairs made extensive searches to locate the Indonesian mother and finally they succeeded in their mission. Soon after locating her, the Embassy arranged a visual meeting and is soon planning to arrange a direct meeting between the two, mother and the daughter.

Soon the two will be able to meet after a long 20 years. Although this meeting cannot compensate for their past 20 years the moment will be no less than a joy for the two.