Omar Al Jahni, a renowned lawyer, and legal advisor has warned the people who are working as an admin in different groups on WhatsApp. He said that if any illegal or immoral content is passed by any member of a certain group, the admin of that group will be held responsible for that act.

The administrators of WhatsApp groups should not take it easy if any of the members of their group posts material that is having a dangerous effect on the nation or morals of the public at large.

Social media has an important place in the daily life in this era. WhatsApp is one of the important media that is used by billions of people across the globe. People can chat, make calls and transfer files to other individuals and to groups as well.

Sometimes social media is used negatively and it has a negative impact on society. Sharing of illicit content is one of the major problems of social media.

Sometimes it is also used by criminals and others acting against state and the nation, they share their views on social media and create a disturbance for the general people. It is the responsibility of the whole society to act wisely while using social media and beware of any immoral or illegal activity. 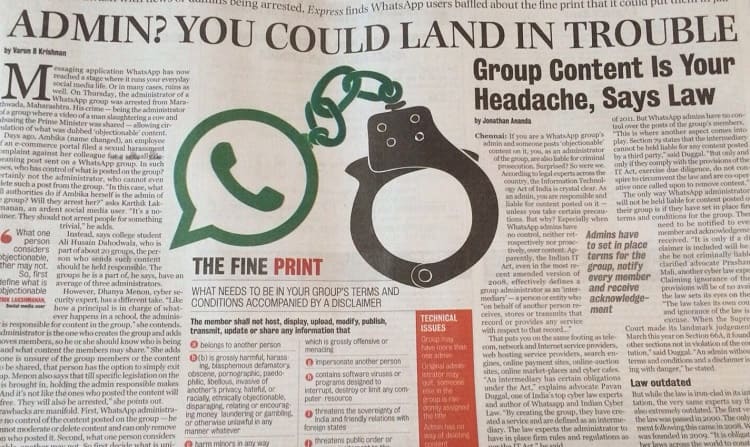 Omar Al Jahni has urged the administrators of WhatsApp groups to feel their responsibility about the honor of the State and peaceful existence of the general public.

The group administrators can play an important role if they call judicial authorities or security agencies and report a suspicious activity about state’s security, national peace or national economy.

Al Jahni also said that people shall not write about sensitive issues of national security unless they are sure that it is safe to talk on that topic in the WhatsApp group.

Al Jahni explained that the responsibility for all the content posted and for all the messages sent in a group lies upon the people who are supervisors and directors of these groups. 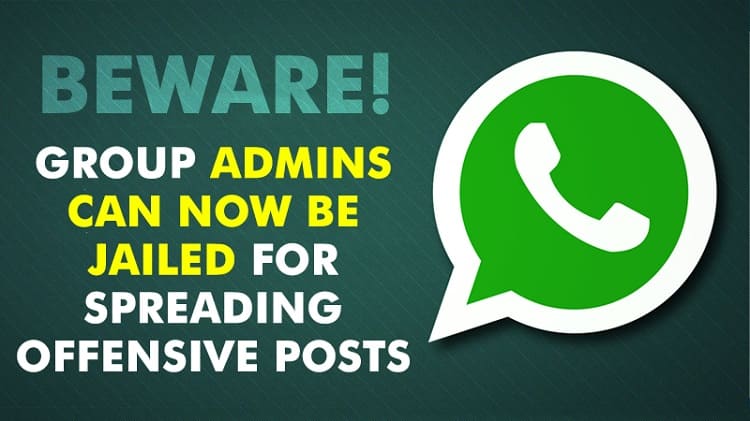 These responsible people shall make sure that the messages floated in their group are not a threat to the nation, the economy of the state, the morality of the people and different religions.

It is clear that the group admins are to be held responsible for all the activities carried out in their WhatsApp group.

If someone anywhere in Saudi Arabia is caught with any immoral or explicit pornographic content and inquiries prove that the said content was taken from a WhatsApp group, strict legal action will be taken against the person who is the administrator of that group as the administrator is the person having the authority to add or delete people from his group.

SR 500,000 fine for removing someone from WhatsApp group

Saudi Arabia to launch an alternate to WhatsApp