A Saudi national Abdullah Al Rouqi employed Mahboub Al Alam, a Bangladeshi citizen who came to Saudi Arabia to perform Hajj and extended his visit there 7 years ago.

He worked as a building caretaker

Al Rouqi gave him a job as a building caretaker.  Abdullah Al Rouqi was busy legalizing his Bengali worker status under the amnesty declared by the King.

He was completing procedures for the worker’s legalization, the day when he got approval from the Bangladeshi embassy, he got bad news. 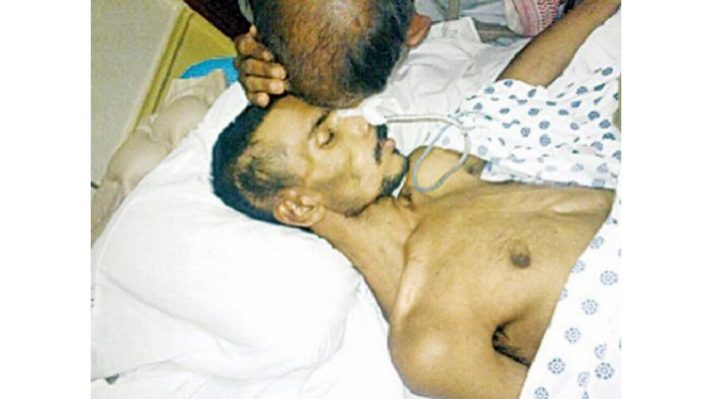 He was diagnosed with brain cancer

The Bengali worker had worked for him for seven years before he got sick. Alam was diagnosed with brain cancer.

The disease was first discovered when Alam was fainted suddenly and then rushed to the hospital where he was diagnosed with brain cancer.  The legal process stayed in between because of Alam’s illness.

Al Rouqi spent his life saving on him

Abdullah Al Rouqi took care of his illegal Bengali worker. He spent all his savings and took loans for the treatment of brain tumors of his employee.

So far Al-Rouqi has paid 80,000 Saudi Riyal for the medical bills and expenses.

He used his entire savings of SR 20,000; he took SR 30,000 from the bank as a loan and the rest of the money he had borrowed from his family and friends.