Al-Balawi was climbing a mountain in Tabuk searching for some of his father’s lost camels and fell into one of the 9-meter fissure rocky cracks at around 11 am on Tuesday.

Thankfully, his cousin was with him and contacted the Civil Defense after a few hours. Tabuk Civil defense from Abu Raka Center immediately responded to the call and arrived at the spot. 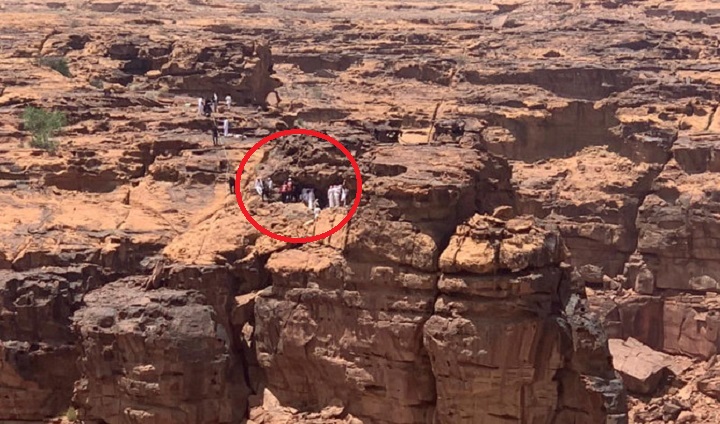 After an extensive operation of 30 hours, the civil defense forces were successful in bringing Al-Balawi out of the mountain.

The man was airlifted to Abu Raka General Hospital by helicopter and was now in stable condition.

A video clip that documented the harrowing moment of the man falling into the crevice became viral on social media.

#VIDEO: The Civil Defense forces in Tabuk engage in rescuing a young man who got stuck inside a narrow hole between two rocky hills for about 30 hours in the Abu Raka Center, located northwest of #SaudiArabia. pic.twitter.com/ELE1nDpB2W