Raju, an Indian peon had been working at Najran’s Bin Usmeen Secondary school in Saudi Arabia.

Raju resigned from the school

After years of service, Raju decided to go back to India and school students not only threw a farewell party to honor him but also collected SR 900 from their pocket money as a gift.

Raju had been a kind worker there who had been friends with the students. After years of service, Raju decided to go back to his home country and reunite with his family. 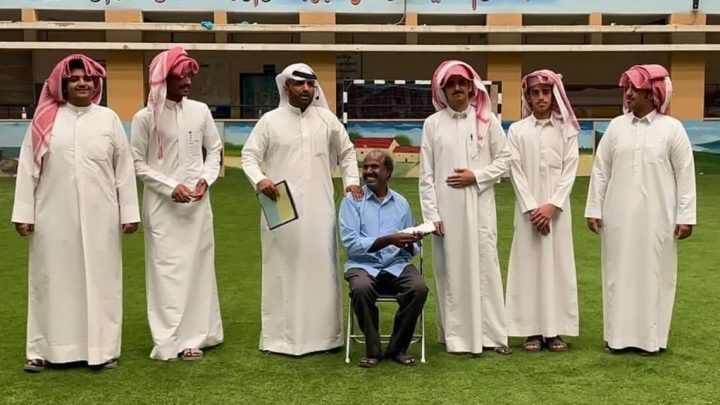 When the students learned that Raju was leaving for good, they approached the principal and told him that they wanted to bid him a farewell. The principal, Mr. Ali Al Sawar, agreed.

They bid a farewell to Raju

He told the media that a group of students approached him and told him that they want to hold a party for “Raju Uncle”. He thereby called the program in charge, Muhammad Al Shiraan, and asked him to start preparing for the Raju’s farewell function.

Students collected funds as a gift

The students also collected money for Raju. They were able to collect 900 SAR as a cash money gift for Raju. Even though it is not a huge amount, yet shows the student’s passion and affection.