Home Social Issues Saudi Heroes Saudi Officer stood for 4 Hours as an expat slept in a...

A patrol officer from Saudi Arabia has been greatly applauded and commended by the users of several social media platforms after the reports came out that he had been standing guard for a motorist and his wife who slept after parking their cars under a flyover.

The Egyptian Family decided to take a nap

The officer stood guard until the man and his wife woke up. An Egyptian man working in the Kingdom of Saudi Arabia, Mohammad Yehia, and his wife had been on their way to home after performing Umrah, however, they decided to take a short nap before continuing.

Mohammad Yehia stated that the time was somewhere after midnight and to avoid breaking any of the traffic rules and regulations due to being tired, they decided to park their car under one flyover and catch up with a couple of hours of sleep before continuing again.

Yehia added that when he finally woke up around 5 hours later, he saw a traffic patrol officer standing just a short distance from his car. Initially, he had no words and had no idea what to say to the officer. 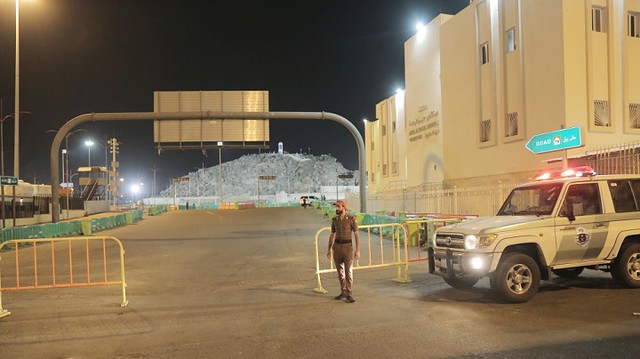 The patrol officer approached them

Once the officer spotted that he was awake he came over and inquired whether the man was alright and whether he had been hurt or was sick. The traffic patrol officer proceeded to tell the driver that he had been standing there and keeping watch over them over the last 4 hours.

The patrol officer also told the driver that he should have absolutely under no circumstances taken the risk of sleeping, along with his wife, in the car. He also advised the driver to check into a hotel and stay there, before he drove off.

The expat driver posted it on social media

The entire story was posted to Mohammed Yehias social media account, which described in detail, the events which occurred that night He added that the moment had been one when he had had a superb feeling ever, in his entire life.