Rules are for everyone and everyone should follow the rules whether the person is riding the car, cycle or walking barefoot. These rules are meant for ours as well as for others safety. When we violate these rules we are actually dragging our life in danger.

Saudi Arabia is a Kingdom known for its implementation of strict rules and imposing strict punishments so that nobody can ever try to go against the law. Obeying traffic rules is compulsory for every citizen as it displays the discipline of the country.

Very recently, a cyclist disobeyed the traffic rule and was heavenly fined. It was reported from the Saudi Arabian Al-Rass region of North-West of the capital city Riyadh, a cyclist was given a ticket for going against the rules.

Rules are meant for everybody’s safety and it is obligatory for every citizen to follow the rules. However, this cyclist was fined SR 3,000 for jumping over the red light.

A traffic source said that SR 3,000 is applied to the vehicles who don’t obey the traffic rules and confirmed that this cyclist was fined the same amount. This news soon spread all over the Kingdom and provoked all the citizens and the social media users.

They expressed anger for the traffic police who fined such a huge amount to the cyclist. All expressed that the fine was too high for the cyclist to pay. A cycle cost just SR200 and he was fined with SR3,000 this amount might be triple from his monthly salary.

All have just one line to say that this is unfair to fine a cyclist with such a huge amount, the citizen who truly obey the traffic rules they too said that he should be fined for violating the rules but not SR 3,000 this is too much amount for a lower class citizen to pay. 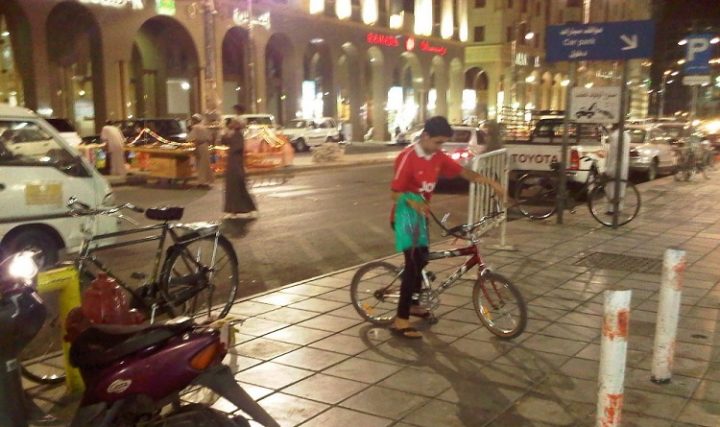 One user said that this fine was illegal and wondered how can the traffic authorities enter the fine and the details of the bicycle into their computer system as the bicycle don’t have any license plate number. Will the computer accept an incomplete registration?

This is true that this amount is too much for a cyclist to pay. Authorities should try to compensate with him and some fair rules and compensate fines should be introduced in the Kingdom for the cyclist.

However, this news quite enough to teach a lesson to all those who take it easy to violate the laws. The traffic rules are made for our own safety. We need to abide by them irrespective if we are walking or riding on the bicycle.