The patient was screaming for help in the street

She was in the street screaming while her daughter rushed to the neighbors for help. Her neighbor who suddenly experienced intense labor pains at home called her.

Abeer Al-Anzi is a nurse at the Arar hospital’s maternity department. The woman is new in the neighborhood and did not know that she was a nurse. Abeer did not have any medical equipment yet rushed for help.

It was too late for the hospital

Abeer said that the woman was not in a position to be taken to a hospital at the time when she reached her house as she was about to deliver.

There she helped the woman to safely deliver the baby and thus saved the life of both as unattended childbirth is life-risking for both mother and the baby.

She delivered the baby at home

She wrapped the baby in the blanket as it is very cold. Moreover, he massaged the woman’s abdomen and cleaned the uterus.

She did not cut the umbilical cord as she did not have any equipment. The Red Crescent team came and completed the delivery procedures and took the mother and child to the hospital. 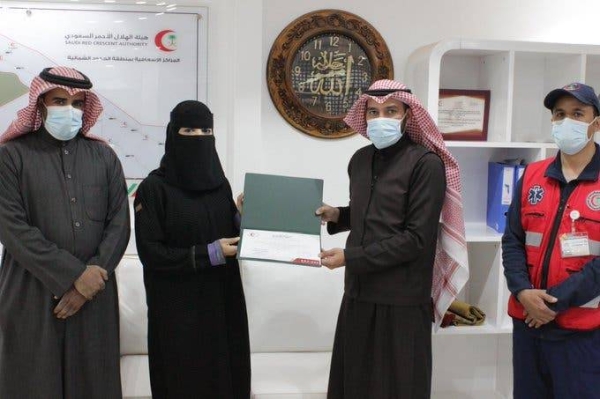 Red Crescent Authority honored her with an award

On receiving a call from the director-general of the Red Crescent, Al Anzi felt very proud of herself. He also suggested to Al Anzi to work as a volunteer with the Red Crescent Authority.

As a result of her assistance, a branch of the Saudi Red Crescent Authority has honored her.