A Saudi mother who just achieved her degree with his son recently proved this. The most amazing thing is that both the mother and the son achieved the same degree on the same day.

A Saudi woman Reema Al Howash and her son Abdul Rahman obtained their degree in Psychology on the same day from the same university.

The mother and the son pursued their higher studies under the Kingdom’s foreign scholarship Program and successfully achieved the degree from a prestigious American University. 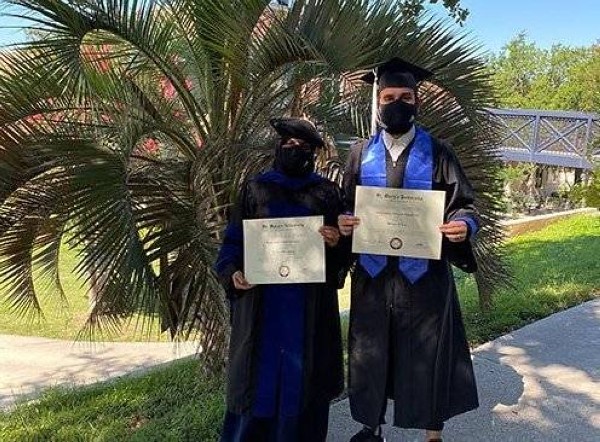 Hence, he switched to his mother’s favorite subject. The son feels more gratified with the graduation of his mother than his own.

Before completing the graduation in Psychology, she had also completed her doctorate in Neurofeedback treatment (the method that assists to control the brain waves consciously).

Now after her degree in psychology she became the first woman in the Kingdom to obtain a doctorate in this specialization.