Hearing a news about an immature person lost somewhere is quite understood but it totally shocks us when we hear a mature man lost somewhere and yes this happened in Saudi Arabia.

A Saudi man who was reported missing by his family was finally rescued from the deserts after six long days. He suffered thirst, hunger and many other hardships in those six days, he waited for assistance which finally reached.

This was not less than a nightmare for him. Roaming all alone in the hot desert the poor man lost all hopes of his survival. It was said that a Saudi man named Hosam Al- Salmi left the city Makkah and drove his car to the Tabuk region in the North Western parts of Saudi Arabia.

It is said that the distance from Makkah to the North Western part of Saudi Arabia is more than 1,000 kilometers and it takes almost 10 hours to reach there by car.

10 hours are said to be a long time when any driver can get tired of continuous driving. Same happened here. Allah better know what happened to him, he got exhausted or was trying to take a short way to reach his destination. 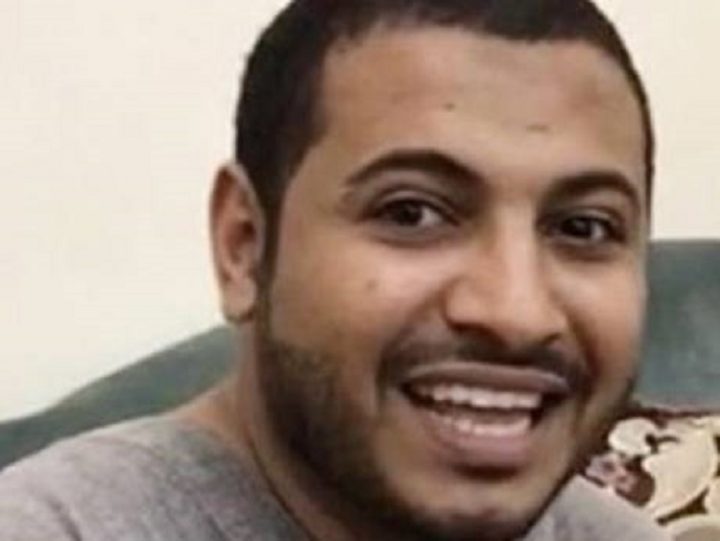 On Saturday he called his family and informed them that he lost his way when he took the wrong way and drove his car on the road through the desert. We all know the vast desert areas and it is not very easy for a person to find his way out of the desert.

He informed them that he contacted the security authorities and requested for their assistance and he hoped to stay on the hilltop to wait for the help from the authorities.

After two days he again called his family on Monday to inform them that he was still lost and he did not receive any assistance. The family explained that the duration of this call was just a few seconds and they could question him more. 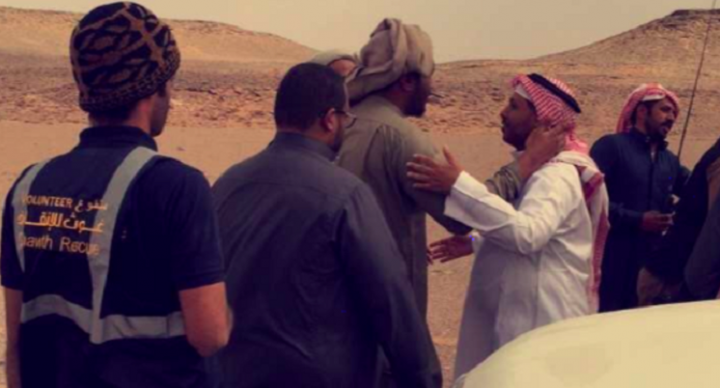 However, this news spread on social media and calls were issued to help and rescue Hosam stuck in the Tabuk desert. After hearing the case about Hosam lost in the Tabuk desert, The Aoun society for search and Rescue too came into action.

The Aoun society is a volunteer group that helps in locating stranded people, it posted details about Hosam’s location. It posted on its Twitter account that they heard about a stranded man contacted his family on Monday afternoon suffering from thirst and was requesting for quick assistance.

It further claimed that his mobile location stated that he was near AL-Madham village, around 160 kilometers south of Tabuk region and he drives a 2010 model green Camry.

After few hour of this post, they posted on their twitter account saying that Hosam’s green Camry was found and now the efforts were focused on tracking the footsteps to find him.

After hard efforts, a good news came forward and finally Hosam was traced. The leader of Aoun Society. Naseer Al Dossari said that Hosam was doing well but still he was taken to hospital for a complete medical checkup.

At last Auon society posted on their Twitter account and thanked all the people who contributed to the search and rescue efforts, both official authorities and helpers groups and said, they alone succeeded finding him tracing through residents of Al Maadham.