Most of the people have maids and house helpers with them. In a world where the maids are always overlooked and thought of some inferior creatures, we have people like Al-Ghamdi who are setting a positive benchmark.

He told that whenever they traveled to Indonesia this Indonesian maid of theirs would be there to assist them: from cooking food to providing other household services, the maid tends to offer great services. She herself is a kind and pleasant person who is loyal to her work and is indeed skillful.

He went to Indonesia just for the marriage

This marked his 12th visit to the country of Indonesia. This is not the first time a Saudi has shown kindness to his housemaid or domestic worker. We have shared several examples before where domestic workers have been treated very well by Saudis. 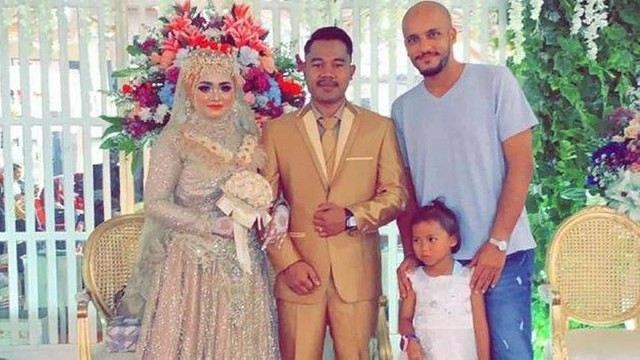 Commenting upon the wedding ceremonies in Indonesia, Ghmadi said that the weddings are simple yet delightful. They are short spanned ending at 8 pm and halls are small which cannot accommodate more than 50 people. Weddings are usually organized in the morning; the guests arrive with a great smile on their face and tend to congratulate the family and the couple.

The main features of the wedding are smile and simplicity. He remarked that the Indonesian people are purest at heart and the simplest and kindest people on earth.

He was, however, being criticized for spreading a video in which he was seen distributing cash to kids in the wedding hall, to which he briefed that he was with the kids there and wanted to make them happy, so he disturbed some money among them: there were no publicity intentions to it. His gesture was captured by his driver.