Saudi Arabia has announced to pardon around 7,500 prisoners in the holy month of Ramadan which includes Saudis as well as expats.

General Ali Al Harthi, director-general of Saudi Arabia’s prisons, said that nearly 7,500 prisoners are being released in line with a pardon issued by the Custodian of the Two Holy Mosques King Fahd bin Abdulaziz of Saudi Arabia to mark Ramadan.

The officials are working collectively and cooperatively to list all the prisoners who will be eligible to receive the annual forgiveness this Ramadan. The amnesty has been announced and some sources also claimed that this amnesty will also include the cancellation of half of the prisoner’s sentences in numbers of crimes.

The amnesty does not include any disciplinary and alternative punishments and penalties not associated with imprisonment. Besides this, the fines are not included in the amnesty.

The prisoners who are subject to the pardon provisions are released immediately and fined according to the procedure of the Government Revenue system.

Non-Saudi prisoners who completed their sentence, time or amnesty and all those whose release has been suspended are exempted from paying the fine. Saudi Government will pay their fine up to SR 500,000. 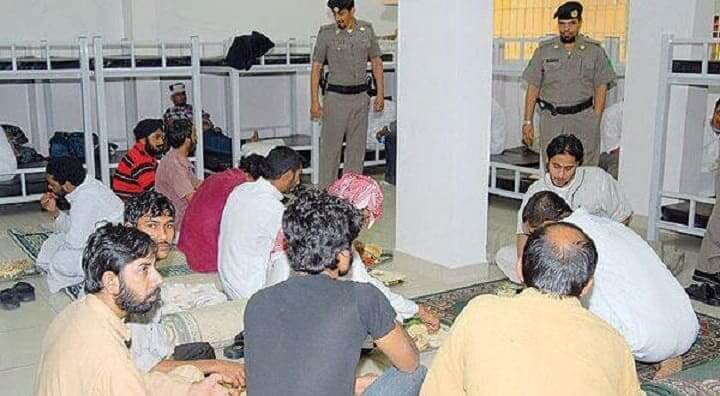 Those non-Saudi prisoners who are sentenced to pay fine more SR 500,000 and have decided not to pay will be referred directly to the competent court where their inability to pay the fine will be examined and they will be treated according to the system of replacing the fine with imprisonment and then being deported from the Kingdom.

Every year during the month of Ramadan, the Saudi Government releases expats and Saudi prisoners from Jail especially those who have completed their imprisonment sentence but are not able to pay off fines imposed upon them.

It is a gesture by the Saudi Government worth appreciating as we know that many times people spend their entire lives behind the bars as they are not able to pay off a few thousand riyals fine to the authorities.