Junaid Khan was involved in an accident causing 3 deaths

Junaid Khan who is the resident of Khyber Pakhtunkhwa Province of Pakistan left his homeland like many other Pakistanis to support his family. He had a humble background and came all the way to Saudi Arabia to find a livelihood.

Junaid Khan a passionate man struggled to find a better livelihood, but his destiny has planned something else for him. Unfortunately three years ago, Junaid became the cause of severe car accident in Riyadh. Junaid Khan’s car collision caused the death of three people, one Pakistani national and two Indians.

Junaid Khan too got severely injured and disabled after this accident. A case was filed against him for causing a traffic accident and killing three innocents.

The family of Pakistani victim forgave Junaid, but the families of the Indians were not inclined to pardon and he was to pay the blood money to the Indian families.  The total amount of Diyyah was SR 6 million ($1.6 million). 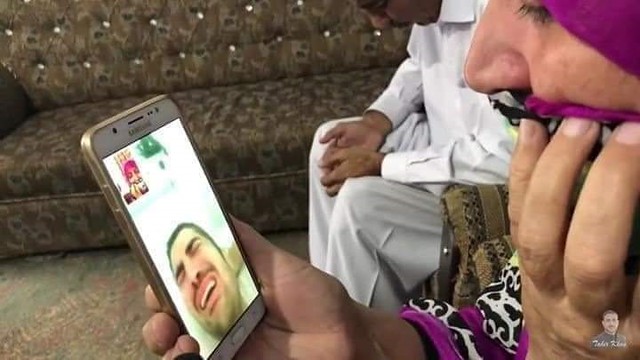 He was admitted to the Hospital as a prisoner

This was indeed heartbreaking to hear, a person who left his country to earn a better income and was already indebted. Besides this, he became disable and hospitalized. Due to the lack of money, Junaid was admitted in one of the hospitals of Khyber as a prisoner and his treatment was ongoing.

Junaid and his family were unable to arrange the total amount of Diyyah. Arranging SR 6 million ($1.6 million) means you have to arrange more than 2 Crore Pakistani Rupees which is surely impossible for those families who send their loved ones to an unknown land to earn some pennies. 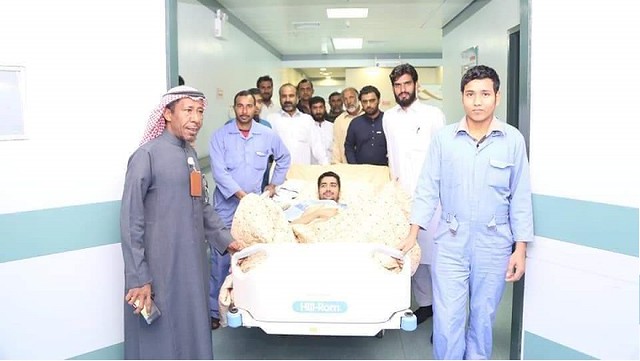 Now Junaid is free to leave the Kingdom and go to Pakistan to his family home. This was indeed like a dream come true for Junaid. He had no word to thank the Saudi Government for their kindness act. 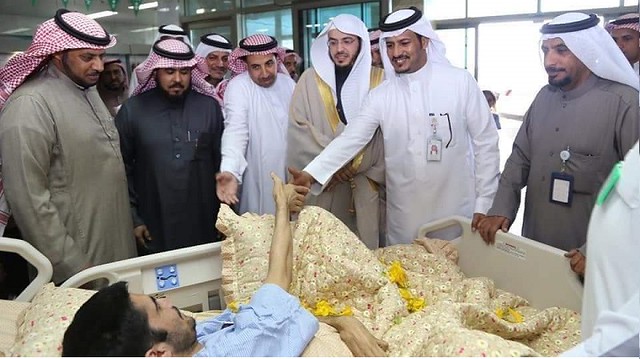 A farewell party by the Hospital Staff

Junaid remained in Khyber Hospital for three long years. Since this time the staff and administration became too much attached with Junaid. He became like their family or team members.

To show their deep love and feelings the hospital staff arranged a farewell party for Junaid Khan and presented him with gifts and flowers. 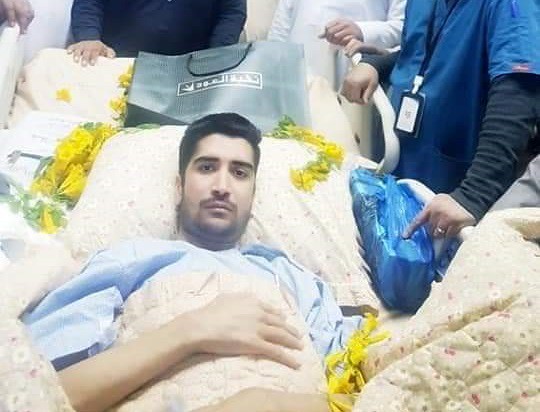