The school refused to accept her claiming that she doesn’t have eyes or ears. The mother told that Loulwa does have eyes and ears but they are deformed. She further said that the teacher’s reaction has emotionally strained the daughter as well as their family. 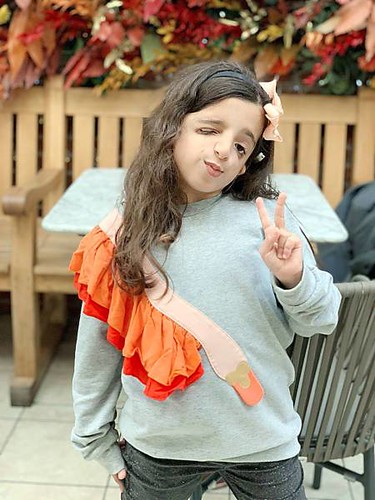 The girl has completed her previous education in the UK

The mother explained that her daughter completed her previous studies in London without having any issue but in the Kingdom, she has to face a lot of heartbreaks. She was insulted by an employee responsible for student integration.

The mother further claimed that her daughter has minor deformities in her eyes and ear but mentally she is all well, she has no mental disabilities and she gets good grades in her class in a London school last year. The UK-Based the institute provided her with everything she needed to fit in.

The girl was rejected and expelled from the school after a two-day trial period and was not allowed to get register for the current academic year which has given the family an emotional setback. When the school officials were asked about the reason, they told that her appearance will terrify and scare the classmate.

The mother reported the case to the authorities

This incident made Loulwa’s mother report the expulsion to the Saudi Ministry of education and the Saudi Human rights Committee.

The case of the girl went viral in the Kingdom sparking an outrage. The people were angered with the reaction of the school staff which made them spoke out against the school discriminatory decision. Many called on the reforms to the entire Saudi school system that rarely focuses on the integration.

The Ministry of Education intervened

On the other side, Saudi Arabia’s Ministry of education Dr.Hamad Al Sheikh issued an urgent order to reregister the girl at a different school. The order was made after the mother had reported the incident. This news also made the people feel relieved and expressed their happiness that Loulwa will not be deprived of her education.

People thanked the ministry of education and their employees for quickly taking action in this case while others called upon the authorities to create governmental institution or integration schools where people suffering from any disabilities should be given proper attention.