Fights in schools among the kids are not something new. Around the world there are incidents where children in schools get involved in a fight: sometimes its verbal other time it is physical. We are also well aware of the phenomenon of bullying. All need to be stopped or reduced, yet we have to admit these things do exist.

Two children fought over something, slowly it went physical and in a glance, one of them strangled the other: strangled to death!

Yes, this incident occurred in one of the schools in Riyadh, Saudi Arabia. The school authorities were vigilant, they tried to stop them and seeing that the boy had suffocated, called the ambulance. Yet, the poor lad breathed his last before reaching the hospital.

Both the boys were of grade 6

The Riyadh police jumped into the matter and took the murderer was under investigation. Yet the case has been dismissed now as the father of the victim has announced forgiveness. In a statement released by him, he said that he had forgiven his son’s murderer for the sake of Allah. He wants the child to go back home, join the school and continuing education.

The General Directorate of Education in Riyadh released a statement that the student died by choking at the hand of another student of the same school. Ali Al-Ghamdi, who is the spokesman for the Riyadh Education Department, assured that the incident had been caught on camera and there were witnesses to it as well. 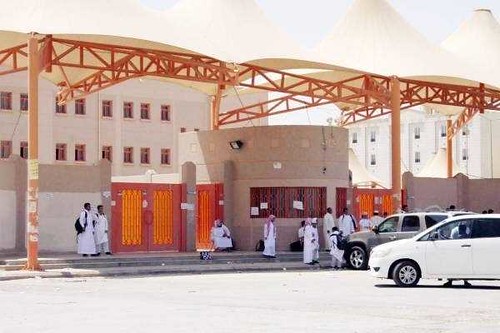 The Saudi Father has given his son’s murderer

Not only the kind-hearted father has forgiven his son’s murderer but also has pleaded that school management and teachers shall not face punishment over it. People have been praising the brave father for his kind-hearted acts. People need to learn from him, forgiving is an act that is indeed difficult, yet it allows society to grow happily.

Dr. Nadia Nusair, who is a family psychological counselor, is of view that bullying is a form of violence and abuse directed at a person or a group of people with the least physical or psychological strength. It is followed by intimidation and threats and may be practiced in school, work or other places.

Schools in Riyadh and around Saudi Arabia are now conducting awareness campaigns against bullying. Children are now being taught to control their behavior. Parents also need to regulate the behavior of themselves and their kids.

The attacker himself is 12 and now needs special guidance to come out of the guilt, regulating his behavior and leading a peaceful life.