A father tried to kill his newborn in public in Dhiba Governorate. This is indeed a shocking news for everyone. Father is said to be a protector or a shield of his children but this father became a direct threat to his child.

It was reported from Tabuk region in Saudi Arabia, a father entered with his newborn baby into Al-Muwailih School’s courtyard. He was carrying a blade in his hand.

People said that he laid down his son to slaughter him and screamed out that he will slaughter him because his inner voice was telling him to do.  The school staff and the students were horrified to see such a scene. The staff immediately started to save the child by dragging him away from the father.

I feel sorry to call him a father. A father is a symbol of love and affection for the child. After mother, the father is the one who protects his child. 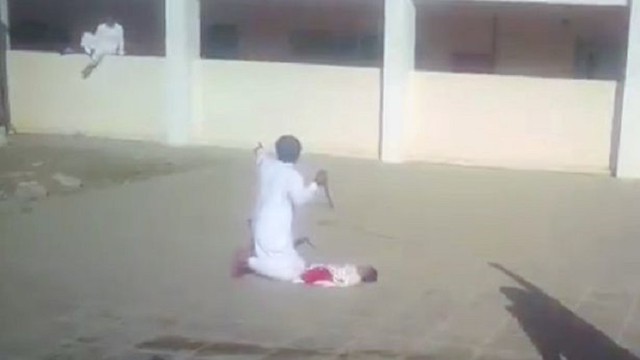 The incident was reported to the Police

This incident was reported to the police and the police immediately responded to snatch the newborn from the father and return back to his mother, said by Tabuk Police Director Maj. Gen. Mohammad Al-Tamimi.

He further said that the father was arrested and he was diagnosed with mental issues. Emir of Tabuk Prince Fahd Bin Sultan Bin Abdulaziz supervised the incident and ordered a full sociological and psychological report of the state of the entire family of the newborn. 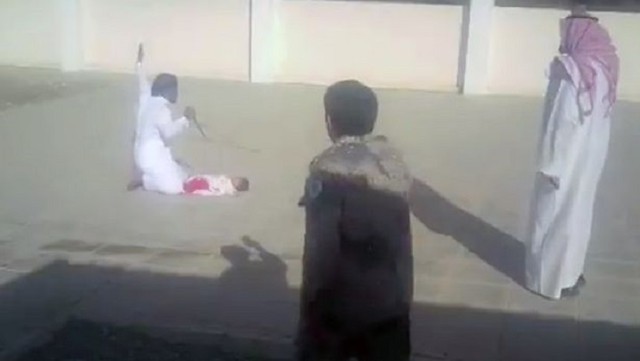 How did the father enter the School?

During the investigation, the school Principal Wael Al-Aqbi said that the school was guarded and sealed but the man sneaked through one of the corners of the school, that was under construction. Al Aqbi said that he ordered his teachers to snatch the baby from him and reported the police.

He said that the teachers surrounded him throwing their shumagh and igaal at him, at that time he started to get dizzy and lost consciousness and teachers were able to snatch the baby from him and handed the baby to his uncle.

The lawyer Ibrahim Al-Basha said that the father is sentenced to a year of imprisonment and the father should lose custody of the child. Parents are the one who is given the responsibility to protect the gift of Allah. How can they be so cruel towards their children?