He suspected something strange

One day, when he reached the home of the last teacher, who is an expat female, he found something strange outside her house.

Being a responsible citizen, he asked the lady to sit along with his mother in the vehicle while he assures her that everything is fine.

He was attacked by two men

As soon as he approached the stairs of the house he was attacked by two men who were waiting there armed with dangerous weapons. The 31 years old young man was stabbed multiple times by them.

The young man was stabbed in the arm; however, he resisted the attack and as he was not their actual prey, they ran away. 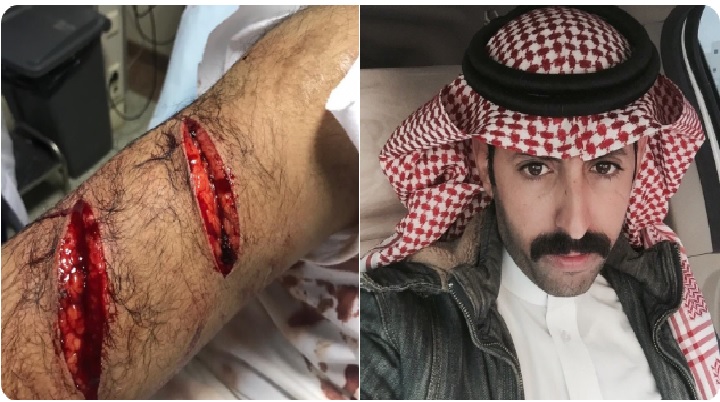 In his own words, Al-Harbi told that he noticed a moving shadow outside the house of the teacher and thereby wanted to assure if everything was fine.

The teacher was crying as her children were at home while her mother was disturbed by the whole event.

Al Harbi is a responsible Saudi citizen and a real hero. His humanitarian action has helped the woman be safe. He indeed made a selfless act. Al Harbi is safe and sound now.

The people are calling the authorities to look into the matter and hold the culprits accountable.