Amer Bin Musa Al Shehri was at the northwest Asir when he saw a group of young men, in their late 20s, standing on the sidewalk near the Wadi Ashir in the center of the Thurban.

It was then that a pavement near the torrent fell over them and all of them fell down. The men struggled to come out and they did, except for a young lad.

He was young and thereby his little efforts did not help him to come out. Shehri saw him struggling, he had visible fear on his face and he was waving as the torrent was making him near to his death. 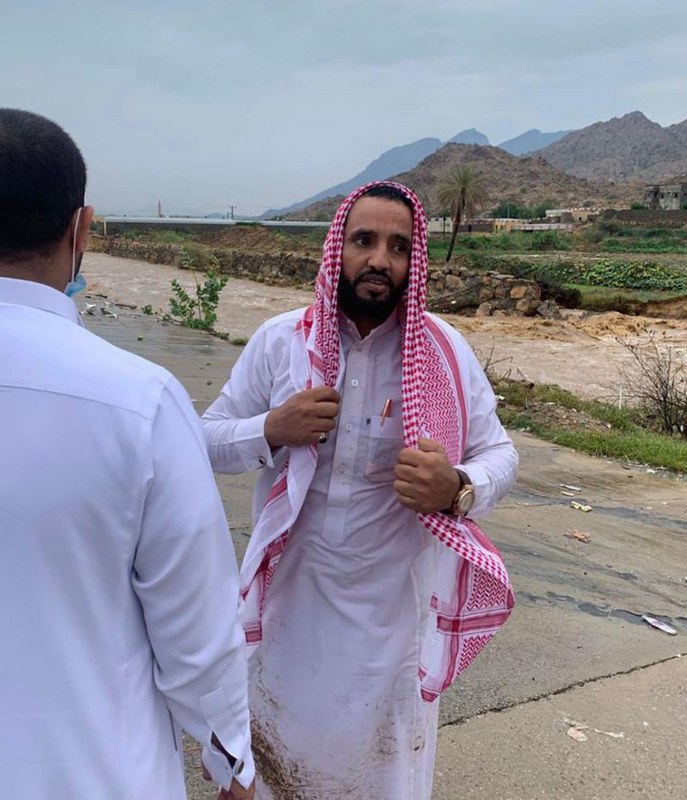 This was when Shehri went to the opposite position and caught a grip of his hand. 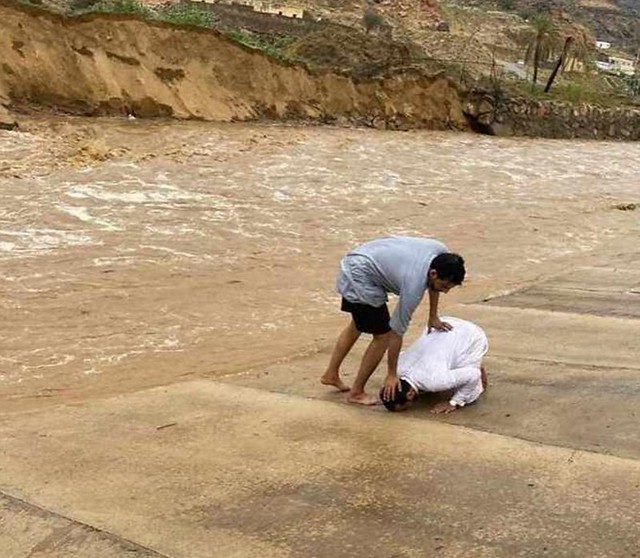 The boy after being rescued made a Sajood as he had seen death from near. He was then taken to the hospital for first aid.