The grand mosque of Makkah was undergoing an expansion until the year 2015 to facilitate more hajj pilgrims. However, the expansion was halted because of a fatal incident is generally known as Crane Incident.

The unfortunate event affected the expansion project badly. Now, after about 2 years, the construction for expansion will restart. The Megaproject worth SR 100 billion has been given to Saudi Arabia’s renowned construction company.

This is great news for the employees of the Saudi Binladin Group. Since 2 years their salaries were not paid to them. As soon as the work begins, the company is keen to pay outstanding payments to its employees.

These plans have been confirmed by banks and the construction company, however, the ministry of finance hasn’t, till date, made any announcements. 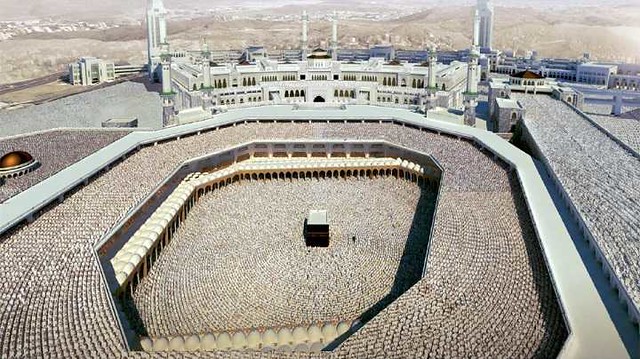 A temporary ban was imposed on Saudi Binladin company from undertaking any new contracts after the crane incident. The company suffered losses and could not pay its staff their due salaries. But now a ray of hope is there for them!

The ministry of finance, however, has set aside a huge chunk of money for development projects and was in contact with the Saudi Binladin group. The ministry has assured that it would make payments so that the company can pay off due salaries, said the sources.

Saudi Binladin has restarted construction work at the Jeddah’s New King Abdul Aziz Airport. The company will restart work on the Abraj Kudai hotel complex in Makkah which is worth $3.5 billion.

We are glad that the employees and staff will be getting its due payments soon. We are hopeful that the expansion and development projects will turn out great for the economy of Saudi Arabia. Let’s just pray that we witness no tragic incidents. May Allah keep us all safe and sound! Ameen.

In pursuance of this, Saudi Binladin Group has started recruitment. We have shared one of the job advertisement published by the Saudi Binladin group where they are making an announcement for the job seekers.

The job is for Engineers, Supervisor, Foreman, Assistant Foreman, Plumber, Ductman, Pipe Fitter, Insulator, Electrician and General Helper.  There is a possibility that there are other job advertisements published by them on other Websites for Job Hunting. 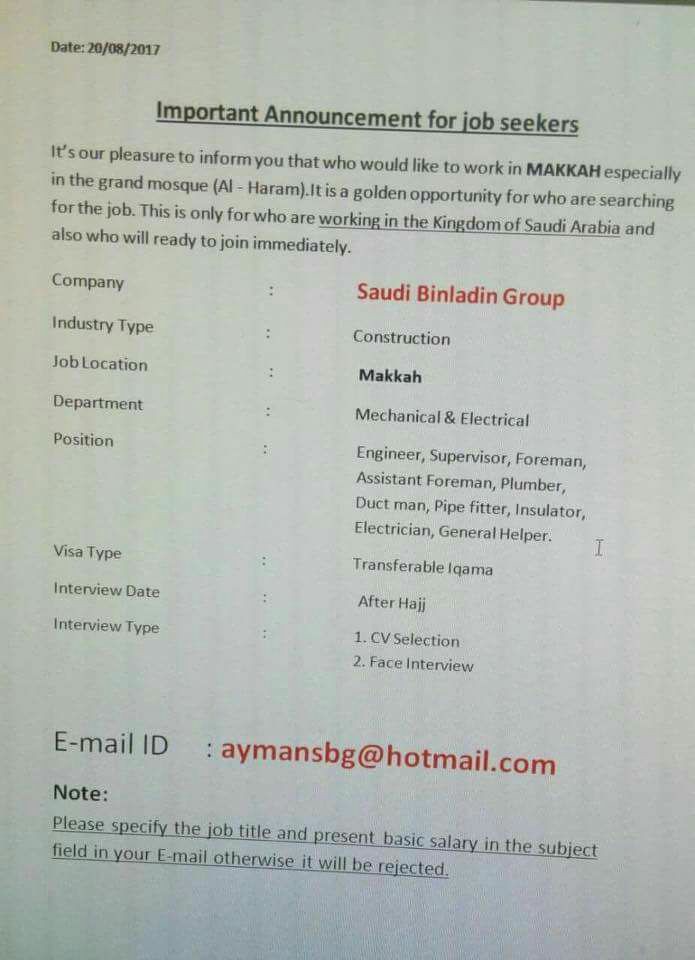