An image started circulating on social media that showed the sign “Saudi Cashier on duty absent on this shift”. This sign was put by an expat worker in the absence of a Saudi cashier at “Sun and Sand sports” a retail store in the Kingdom.

Disrespect for Saudis: Some said this is because of the bad intentions that expats keep for Saudis. People wanted the person to be held accountable for his deed. 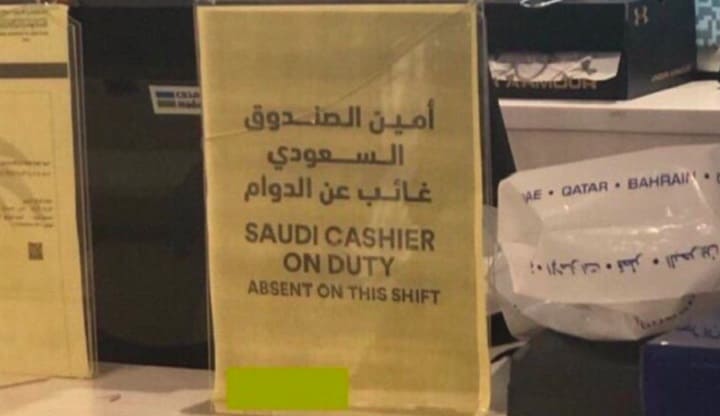 However, the backlash from the people led to the Ministry of Labor and Social development to ban the expat from working again in the Kingdom. Khaled Aba Al Khail, the spokesman of the Ministry said the retail store will also be held accountable for this matter.

Apology by the Sun and Sand: Later on, hearing this statement, the retail store issued an apology through the tweep they uploaded during the extreme reaction from the people.

The management of the retail shops apologized over the sign and explained that it was an act committed by a single individual and doesn’t reflect the company’s values.