The two were charged for having an illicit relationship and for drinking illegally in the Kingdom. The Saudi authorities arrested a man for kissing a woman and filming it.

The man shot his own video on one of Jazan highway and uploaded it to his Snapchat account with the caption “Teaching her how to drive” which later somehow became viral.

In that video, the man is teaching the woman how to drive besides this they are seen flirting and kissing each other in the front seat of the car. 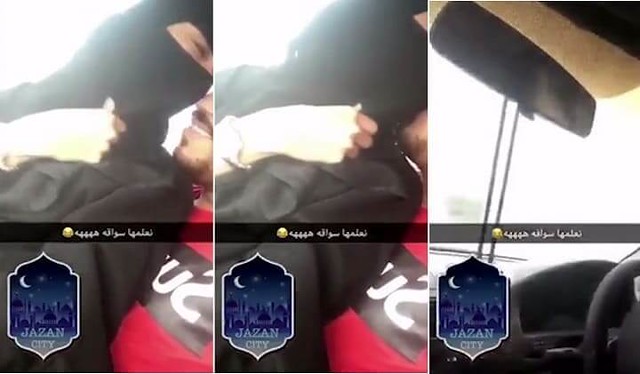 Couple Arrested: The arrest orders were issued by Prince Mohammad bin Abdel Aziz, the Governor of the Kingdom’s Jazan Governorate.

He ordered the authorities to immediately arrest the couple for appearing in explicit footage and violating the laws of the Kingdom.

This small footage later went viral and sparked a huge controversy on Saudi social media. No doubt to say that this video left the people of the Kingdom through shock and infuriation.

Some wished they could be caught soon and thrown in jail so that they could learn some manners and respect.

While some said there is nothing wrong with the video. We are not aware of the relationship between them, so why are the people trying to blame them for keeping an illicit relation?