15-10-2000: With an arrival time of 5.40 p.m. in Heathrow airport, the third Saudi Arabian Airlines flight 115 was London bound after its departure from King Abdul-Aziz Airport in Jeddah.

It is estimated by the flight logs, that 45 of the 90 people on board the aircraft (a Boeing 777-200) were British nationals, most of whom were returning home after their pilgrimage. There was also a member of the Saudi Royal family onboard the plane.

Hijacking: Almost two hours into the flight, a man announced to the cabin crew that he had taken over the plane and that it was to be diverted to Damascus, Syria. 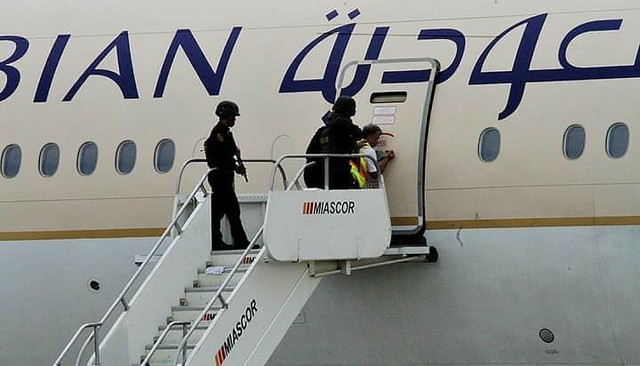 They threatened to blow up the plane: The plane reportedly flew over Cairo, and it is here that the Egyptian authorities were informed of the situation by a cunning pilot who just about managed to get a distress signal out before going completely radio silent.

The hijackers, who were now even more desperate threatened to blow up the plane with TNT which they claimed to be in possession of. While in Egyptian airspace, the plane received news that Syrian authorities had refused to let the plane land on their soil.

The plane circled around along the border of Syria finding somewhere to land, till it could land in Damascus. Although the plane was headed towards the Syrian capital, it kept on flying towards Baghdad without landing.

Saddam International Airport was now on high alert, the presence of Saudi Royalty on board meant that nothing could go wrong and the situation had to be resolved under any circumstances. Ambulances and all necessary vehicles were on standby.

When the plane landed in Baghdad many of the relatives of the passengers breathed a sigh of relief. This relief was however short-lived as authorities refused to disclose the passenger list to anyone. 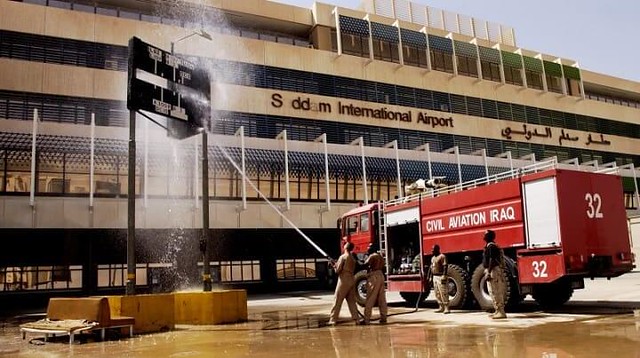 No Injuries or Death: After a wait of more than three agonizing hours, the news that everybody was so desperately waiting for was here.

The Iraqi authorities finally issued a statement that all aboard the plane had been safely evacuated and there had been no injuries or deaths.