24 Hours for Canadian Ambassador to leave the country: In a recent development on Monday, August 6, 2018, Saudi Arabia has declared the ambassador of Canada persona non grata which means his entry to Saudi Arabia will be prohibited.

All Business Transaction with Canada will be frozen: Moreover, the Saudi Arabian government has also issued a statement in the Saudi Press Agency that they are going to freeze all new businesses and investment transactions with Canada. They will not stop here and will be considering any further action in this regard.

Why did it happen? It all started with an irresponsible tweet by the Canadian Foreign Minister upon the arrest of civil society activist Samar Badawi. Canada has been pressing the Kingdom to release her immediately.

Samar Badawi was arrested last week by the Saudi government. She is the sister of Raif Badawi, an Internet User who was Jailed for 10 Years.

Very alarmed to learn that Samar Badawi, Raif Badawi’s sister, has been imprisoned in Saudi Arabia. Canada stands together with the Badawi family in this difficult time, and we continue to strongly call for the release of both Raif and Samar Badawi.

Canada is gravely concerned about additional arrests of civil society and women’s rights activists in #SaudiArabia, including Samar Badawi. We urge the Saudi authorities to immediately release them and all other peaceful #humanrights activists.

It is important to mention that it is an internal matter of Saudi Arabia and no outside country should interfere in it. Saudi Arabia has never accepted any kind of interference in its internal affairs by any country whatsoever.

The legitimate rights (of those arrested) have not been denied and they were provided with all guarantees during the investigation and trial stages. 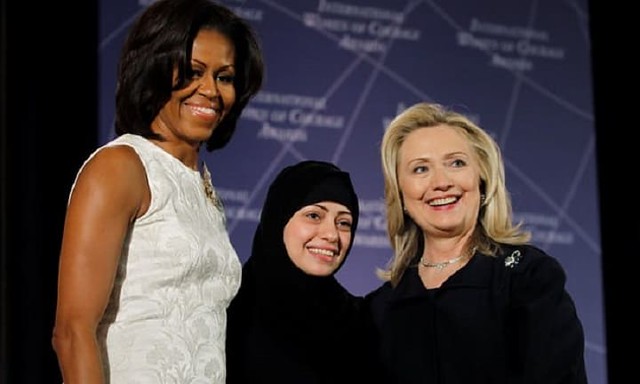 False Claims by Canada: The arrests have been done in accordance with the applicable rules and regulations of Saudi Arabia. This negative and surprising position from Canada is totally false.

Bahrain Supports Saudi Arabia: After the official statement issued by the Saudi government, Bahrain a neighboring Muslim country and one of the GCC members has come out to support Saudi Arabia. They are standing by the side of Saudi Arabia and approve all the steps taken by the Saudi Government.

Impact on Expatriates in Saudi Arabia: This cut down in the relationship between Canada and Saudi Arabia will have a negative impact on the Saudi and expatriate community who want to apply for Canadian Immigration or their cases are already in the loop.

Moreover, if the Canadian government decides to discontinue its embassy operations in Saudi Arabia, the non-immigrant visas will also be suspended.

Saudi Canada Trade Relation: So far this year, Canada has exported C$1.4 billion ($1.08 billion) in merchandise goods to Saudi Arabia and imported C$2 billion in imports, leaving it with a cumulative year-to-date trade deficit with the kingdom of about C$640 million, according to Statistics Canada data