MOH issued a Circular: Saudi Arabia’s Ministry of Health issued a circular to all Hospitals and medical centers sharing a set of rules regarding the dress code of the doctors and medical staff.

This circular was circulated just weeks after the officials had warned the nurses to wear jeans and other immodest clothing under their medical robes.

The Dress Code for Nurses in Saudi Arabia: Under the new set of rules, Saudi Arabia’s Ministry of Health banned the female doctors and staff from wearing tight or revealing clothes, makeup, and nail polish.

The dress code requires that the medical robes must be long and loose and that the females must cover their hair with undecorated veils. 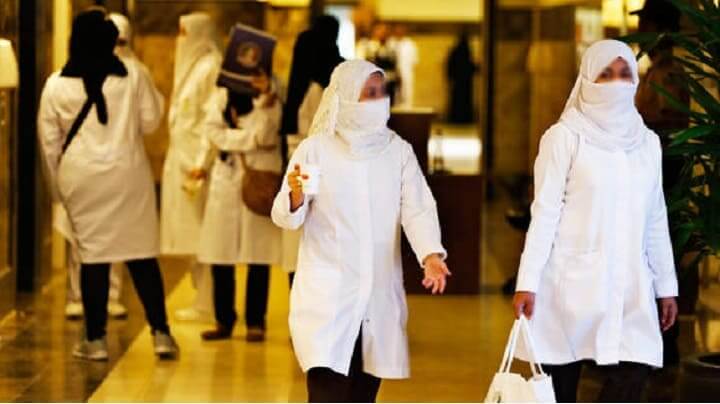 The restrictions on Male Staff: The restriction is not only for the female staff. The male doctors and staff are also banned from wearing any kind of jewelry, having weird and bizarre haircuts, and wearing caps.

Controversy on Social Media: People called it a great decision and said that it would make the environment of the hospitals and medical centers much better. But will this be easy for the staff and doctors?