Umrah Fee of SR 2,000: We know that Saudi Arabia has imposed an Umrah tax of SR 2,000 to each and every pilgrim who performs Umrah for the second time in the preceding 12 Hijri months.

Let’s say, if you have performed an Umrah in Ramadan 1439, you cannot perform it again before Shawwal 1440 without paying for an additional SR 2,000 as Umrah fee or Umrah tax.

In this regard, there are many agents in all over the world who tried to cheat Umrah pilgrims by charging them SR 2,000 as a fee even if they are going to perform Umrah for the first time. Ministry of Hajj took an immediate action and launched an online portal to check if you really need to pay the Umrah tax.

Pak-Saudi Relations: Saudi authorities wanted to discourage repeated Umrah by a few people and that the levy was charged on everyone and not discriminatory towards Pakistanis.

Pakistan is known to be a good friend to Saudi Arabia from ages. After the election in July 2018, the Pakistan Prime Minister Imran Khan selected Saudi Arabia as the first country to visit. He visited Saudi Arabia in September 2018.

The request of the Prime Minister of Pakistan: During his visit to the Kingdom, he requested Saudi Crown Prince Mohammed bin Salman to abolish the Umrah tax of SR 2,000 on Pakistani nationals for performing the Umrah for the second time in the same year.

The religious ministry of Pakistan has informed the Senate of Pakistan that Saudi Arabia has agreed to abolish Umrah fee of SR 2,000 on Pakistani pilgrims.

Pakistan is not the first country to get this advantage, Turkey and Egypt have already waived off the fee. 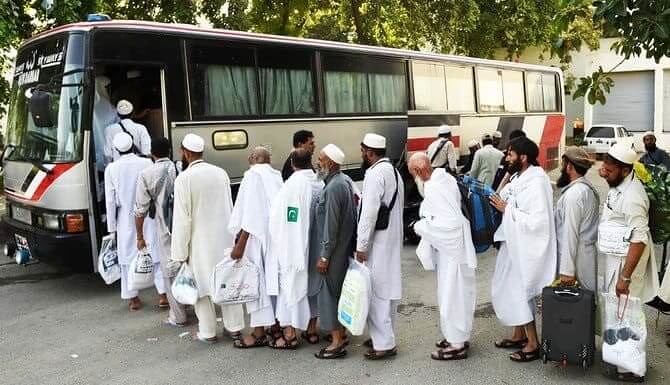 A great initiative for the Saudi Economy: If you check statistics, almost half of the Umrah pilgrims who travel to Saudi Arabia come from Pakistan and remaining half come from the rest of the entire world.

It would be treated as a great initiative by the Saudi Government if they really implement these changes and reduce the Umrah visa fee for Pakistani nationals. It will ultimately improve the Saudi economy as Saudi Arabia has allowed Umrah Pilgrims to travel to any city in Saudi Arabia.