Sara Haba, who belongs to Tunisia has made a new record of being the first cyclist to have reached Makkah on the bicycle. Throughout history, there have been Muslims who had the urge of going to Makkah and choose cycles, bicycles, animals or would walk all the way to Makkah.

Some made this decision in wake of the high cost of transportation to reach Makkah by plane, others just wanted to have the feeling that they can put the most effort for Allah SWT. However, so far we had only seen Men doing so. Recommended: A cyclist was stopped from Entering to Masjid al Haram in Makkah

This year, we have a woman, who is the first woman in history to have reached Makkah using a nontraditional mode of transportation. She is a cyclist from Tunisia: She is Sara Haba. 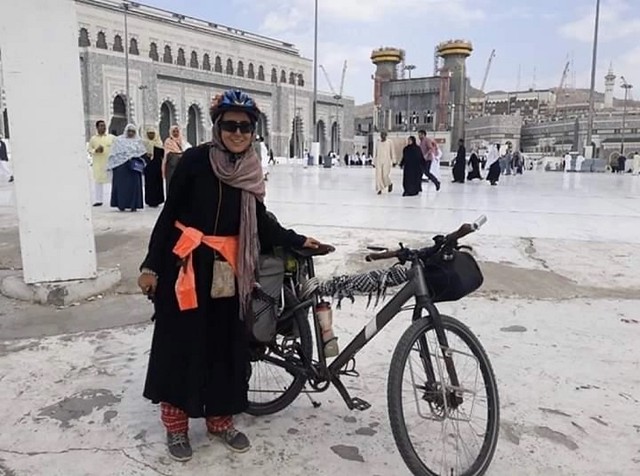 She was able to complete her journey in a mere 53 days. Her travel has been documented by herself and became popular. She has used hashtag #cyclingtoMakkah. Her travel route included deserts of Egypt and Sudan. 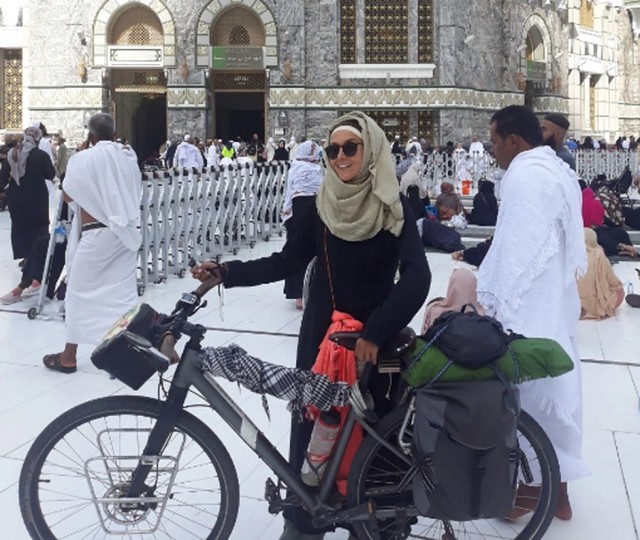 She also told me that she made her cycle e Merzouga. In Maghrebi Arabic, it means “grace with blessing”. She also posted on Instagram that she was afraid to stop during her travel: she did not know if her physical capacities would follow her utmost wish. She just hoped her body would accept what she was instilled to do. 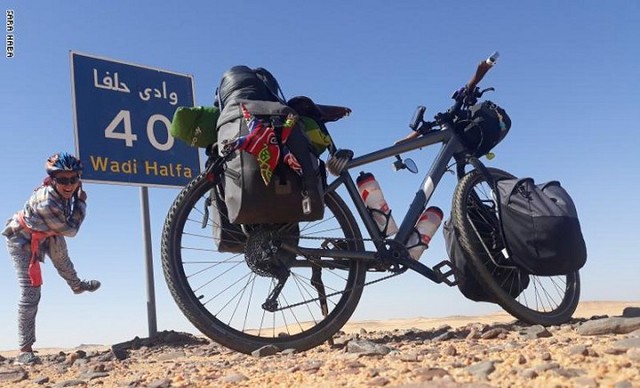 She also feared that she might not be allowed to enter the Holy City of Makkah as she was traveling alone, yet she did not allow her fear to overcome her and continued paddling. 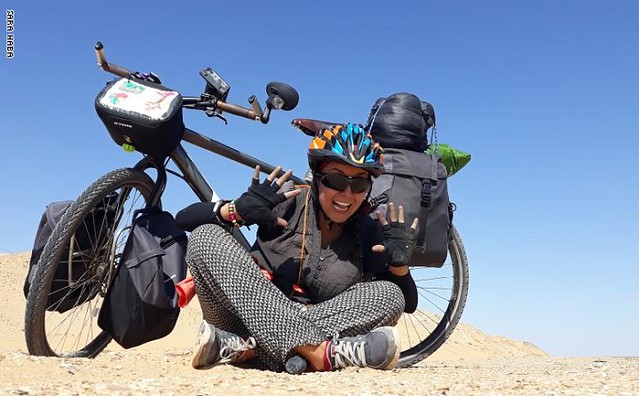 However, the brave young lady has arrived Makkah and all her way she was poured with blessing and prayers. She has received thousands of messages asking her to pray for them when she reaches Makkah.

Azerbaijan painter writes the Holy Quran with Gold on Silk

Who is Umer Ilyas? The defender of the Quran