In his book, ‘Muslims and Western Civilization,” the Saudi Cleric Safar Al Hawali made an effort to preach the ideologies of Islamic Awakening Movement and to criticize the Saudi government over their moderate Islamic approach and steps towards modernization.

The 3,000 pages based book is an open call for hate against other religions. The book was published in 2018 and caused a spur around the kingdom. The inappropriate content in general and hate preach in the basic lead to arrest of the Saudi cleric on 12th of July 2018.

He calls Muslims for Jihad

His movement and book call Muslims for Jihad in Afghanistan and other occupied Muslim lands. Safar Al Hawali also blames the Saudi government over allowing the US soldiers to enter in Arabian Peninsula during the 1991 Operation Desert Strom.

He along another preacher named as Salman Al Odah came to fame in the 1990s over their Islamic Awakening Movement. The two collectively formed a firebrand: spreading hate and calling Muslims to perform jihad at the Muslim land that has been unlawfully occupied. 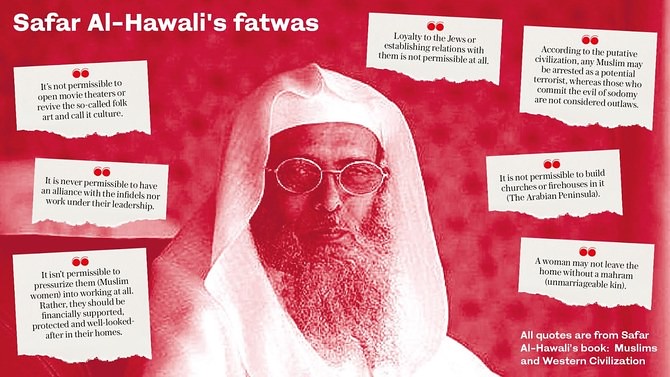 He used his website to spread his extremist views and promote hate-related fatwas and agendas, which are still available online. Safar Al Hawali has issued a warning to stop such practices, but on refusal, he was finally arrested in 1994. He was given an imprisonment sentence for 5 years.

Even after completing his sentence, nothing changed: nor his views and fatwas nor his preaching! Interestingly, Safar Al Hawali is a Saudi based scholar born and raised in Al Baha and even holds a spectacular academic record. He holds his bachelors in Islamic law degree from the Islamic University of Madinah, while mastering’s and Ph.D. in Islamic theology from Umm Al-Qura University in Makkah. 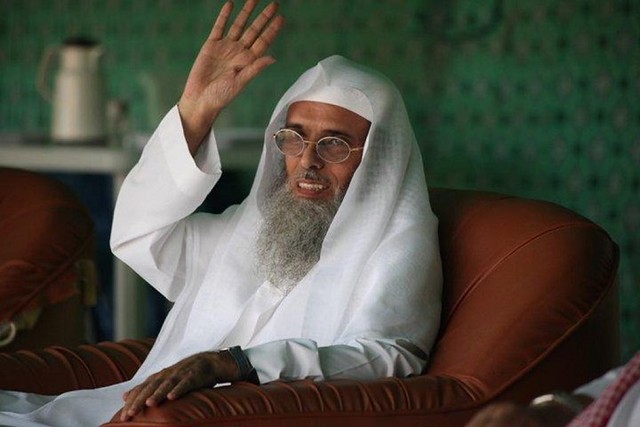 He has always hated the west

He had always spoken against the West and has called for Jihad. He, like other leaders of the Awakening Movement, opposed the presence of the foreign military in Saudi Arabia during Operation Desert Storm in 1991.

The movement was finally abandoned in 1994 a joint commission headed by Grand Mufti Abdulaziz ibn Baz, found it as a potential threat for Saudi society.

After his release, Safar Al Hawali wanted the people to abandon their negative views on Al Qaida and Osama bin Laden in the wake of 9/11 attacks. He would preach that jihad against the non-Muslims is duty ordained by our Lord. 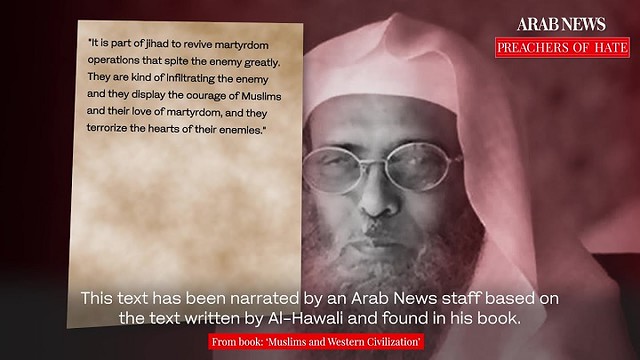 Now, while Safar Al Hawali is detained, he criticizes the government over its moderate Islamic approach and believes that rather than investing heftily in the entertainment sector and opening luxury cinemas, the government shall focus on jihad preparations.

He now calls suicide attacks over non-Muslims as “martyrdom operations” that “intimidate the enemy” and “display the courage of Muslims.”