There are two kinds of contracts as per Saudi Labor Law and the rules related to renewal, resignation, and termination vary depending upon the type of contract.

Keep in mind that a contract with a Non-Saudi employee will always remain a fixed-term contract as per Article 37 of Saudi Labor Law. 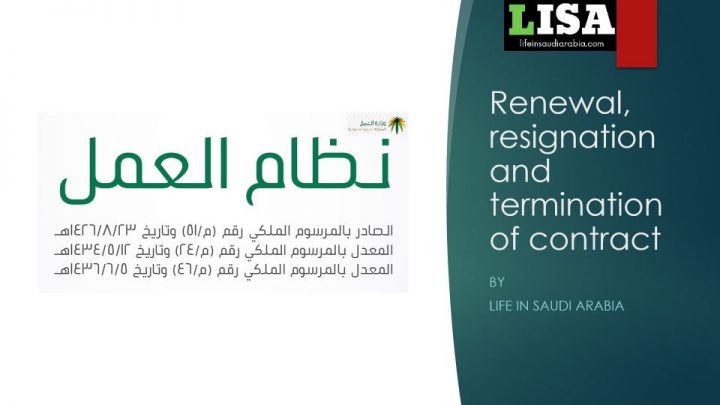 Every employee signs a fixed-term contract with his employer in Saudi Arabia.

Renewal of a fixed-term contract

If there is a renewal clause in the fixed-term contract, the contract will be renewed for the time period mentioned in the contract as per Article 55 (2) of Saudi Labor Law.

If there is no renewal clause in the fixed-term contract in Saudi Arabia;

Renewal of an Indefinite contract

For Saudi employees, a fixed-term contract becomes an indefinite contract under the following 2 conditions;