All of us know that all Non-Muslims including Hindus are not allowed to enter Mecca and Madina, ever wondered why is it so? You might have heard the story of a Non-Muslim eyewitness in Mecca but what happens after that? Read all the answers below.

Embassies of Non-Muslim countries also teach their citizens that Non-Muslims including Hindus are not allowed to enter Mecca and Madina.

Actually, this is the decision of Allah as he stated in the Holy Quran “Oh you who believe! Truly the polytheists are unclean; so let them not, after this year, approach the Sacred Mosque” Quran 9:28.

In Islam, non-Muslims and Hindus are only barred from entering Mecca and not Madina as mentioned in Surah Tauba in the Quran.

During the time of the Holy Prophet and later during the Guided Caliphate after the death of the Prophet Muhammad S.A.W, many ambassadors from non-Muslim states came to Madina.

However, the barring of non-Muslims or Hindus from entering Madina is a security issue since Madina is also a sacred place and faces similar security threats from some terrorists as Mecca.

What happens if a Non-Muslim enters Mecca or Madina?

If a Non-Muslim or Hindu is caught by the authorities entering the Holy Cities of Mecca and Madina, he will be presented in front of Judge who will decide his punishment.

The punishment and what happens to the Non-Muslim who enters Mecca or Madina depends upon the scenario in which he is caught.

If he is caught planning to do anything to defame Islam or any other action against Islam or terrorist activity, he will have to face heavy punishment which can be a capital punishment as well. 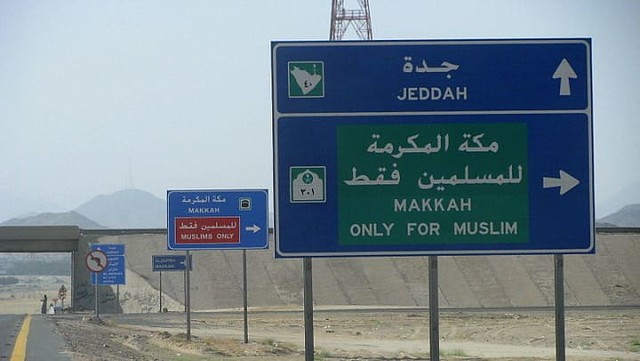 If he is just found doing something else with not a malicious intention, he can be left with a warning.

But in any case, whenever a Non-Muslim expatriate is caught from Mecca or Madina, he will be deported with a lifetime ban. Deportation and lifetime ban is the minimum penalty for such offense.

Islam is not the only religion which restricts access

I know of one major (“Christian”) group that restricts access to any area of worship. The LDS (Latter Day Saints of Jesus Christ) “Monmons” restrict access to their major “Churches” to members in good standing. The local worship centers are open to anyone.

There are around 9 Hindu Temples in India where Non-Hindus are not allowed to enter. It should be kept in mind that Non-Muslims including Hindus are allowed to enter into any Masjid of the world except Mecca and Madina. 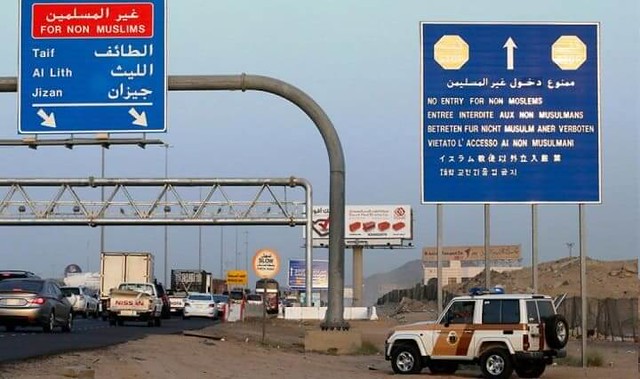 Dr. Zakir Naik, a famous Indian cleric justifies it in this way. As we need a visa to enter into any country of the world and every country has its own visa policy. In the same way, one of the visa requirements to enter Mecca and Madina is to be a Muslim and therefore, Non-Muslims including Hindus are not allowed to enter the holy cities.

9 most dangerous countries for Christians to live in

The True story behind 100 Years Old Church in Jeddah