Allah has sent 124,000 Prophets out of which one was Hazrat Dawud عليه السلام who was a Nabi and a King from Bani Israel. Prophet Dawood عليه السلام was not only a Prophet but a Rasool of Allah.

Prophet Dawood عليه السلام was born in 1040 BC in present-day Palestine and died in 970 BC at the age of 70 years. He was the 3rd king of the Kingdom of Israel. It is said that he had short height, blue eyes, and less hair on his head. 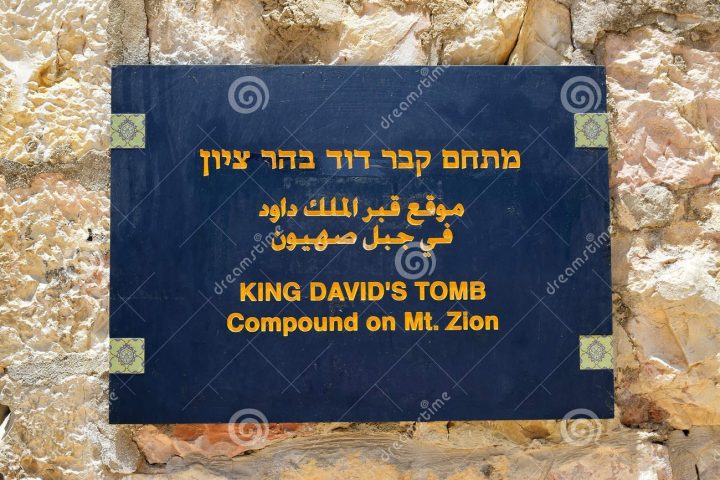 The name of Prophet Dawud عليه السلام is mentioned 16 times in the Holy Quran at different places.

Prophet Talut عليه السلام promised that whoever killed Jalut, would marry his daughter and would share his kingship and authority.

Dawud was a young boy who had developed extraordinary skills in slingshots. He had heard that Talut has agreed to marry his daughter to the one who kills Jalut.

Jalut before the start of the war provoked one to one fight between him and anyone from Talut’s army. Dawud accepted the channel and easily defeated Jalut with a single shot from a sling.

Hazrat Dawood عليه السلام became famous all around the Bani Israel and women started singing songs for him.

So they defeated them by Allah’s Will, and Prophet Dawood عليه السلام killed Jalut. – Al-Baqarah 2:251

Prophet Dawud as a King

No Salary from the government

He was a King but he used to make armor with his hand and sell it in the market to earn his livelihood. He did not take any money for working as a King.

Holy Zabur was revealed to him

Allah has blessed 4 prophets with the Holy books;

The Prophet was blessed with a book of revelations by Allah. The book is known as Zabur or the Psalms. Quran relates the Prophet as a pious one. 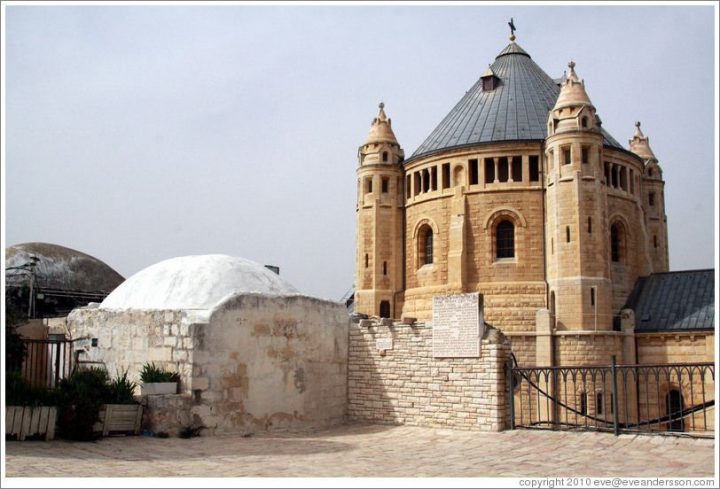 Allah blessed Prophet Dawud عليه السلام with a miracle whereby he could soften iron in his hand and make out armor with them. It has been mentioned in the Holy Quran as well.

He was blessed with a voice that none before was blessed. It was such a sweet voice that when he would recite the Zabur (Psalm) not only humans would get attracted to it but also the mountains, Jinns, animals, and birds would stand by and listen to the sweet recitation.

We subjected the mountains as well as the birds to hymn ˹Our praises˺ along with Dawud. It is We Who did it all. – Al-Anbya 21:79 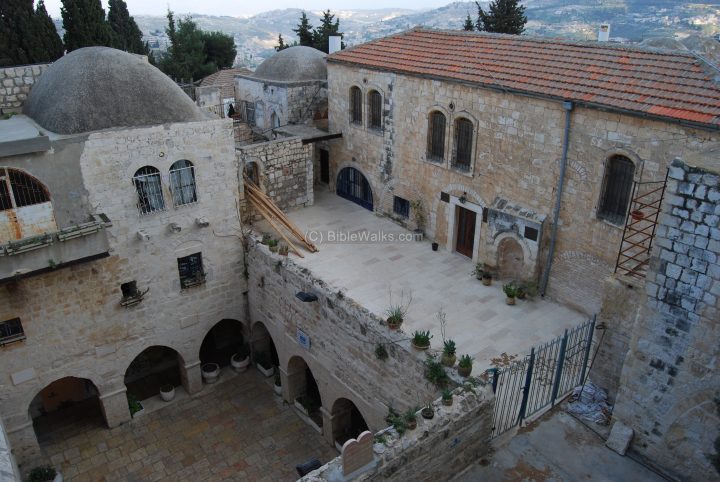 Most beloved Salah and Fast

Prophet Muhammad ﷺ said: The most beloved Salah and fast to Allah is that of Prophet Dawood عليه السلام. – Sahih al-Bukhari 1131 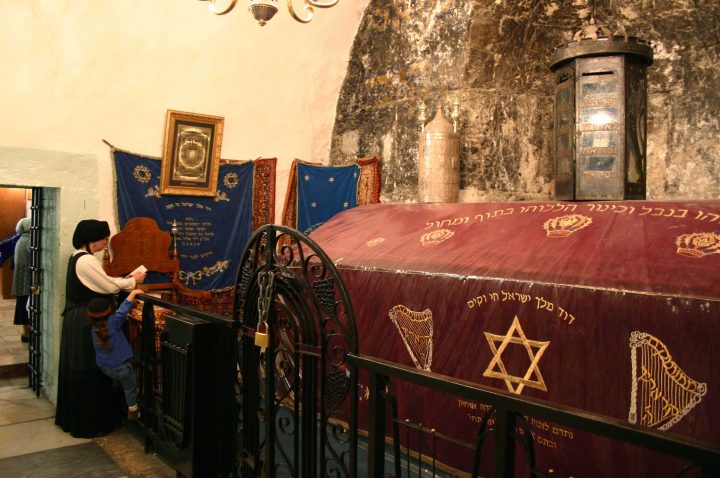 Prophet Dawud as a Judge

Ruling on a Child’s Case

So they both carried the case before Hazrat Dawood عليه السلام who judged that the living child is given to the elder lady.

So both of them went to Prophet Sulaiman bin Dawud عليه السلام and informed him (of the case). He said: ‘Bring me a knife so as to cut the child into two pieces and distribute it between them.’

The younger lady said, ‘May Allah be merciful to you! Don’t do that, for it is her (i.e. the other lady’s) child.’ So he gave the child to the younger lady. – Sahih al-Bukhari 3426

Once two people entered the private chambers of Prophet Dawud عليه السلام by climbing over the wall upon which he was frightened.

They said: “Have no fear. We are in a dispute: one of us has wronged the other. So judge between us with the truth.

He has 99 sheep while I have only 1. Still, he asked me to give it up to him, winning an argument with me.

Prophet Dawood عليه السلام eventually ruled: He has definitely wronged you in demanding to add your sheep to his. – Suad 38:21-24

Ruling on goats that entered a field

Once goats of one person entered the field of another person at night. The farmer brought his complaint to Prophet Dawud عليه السلام who decided that the strayed goats should be given to the owner of the field.

However, Prophet Sulaiman عليه السلام differed with this and opined that the goats should remain with the owner of the field up to the time that the former tilled and prepared the field as before.

In regard to this Allah says: We led Sulaiman to the right decision. – Al-Anbya 21:79

Prophet Dawood عليه السلام had 71 wives out of which 8 are quite famous. Moreover, he also had around 29 concubines with whom he had physical relations. Allah blessed him with 19 sons.

It makes us believe that in the Sharia of Prophet Musa, there was no limit on the number of marriages. 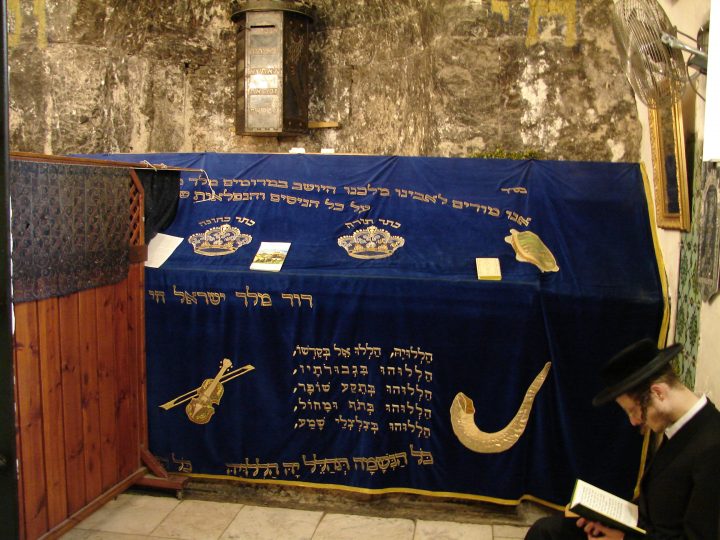 Prophet Dawud عليه السلام died in 930 BC at the age of 70 years in present-day Palestine. According to a source, when he died, he was in Sujood. (Al-Bidāyah wa al-Nihāyah, 2:17).

Who was Prophet Hazrat Isaiah – story?

Who was Prophet Hazrat Shumail – story?

Who was Prophet Hazrat Al-Yasa – story?