Prophet Muhammad ﷺ said: “Anyone who has doubt in his prayer should make Sajda Sahu after giving the salutation.” You might be wondering how to do Sajda Sahw in Salah.

How to perform Sajda Sahu in Salah?

1- In the last Rakaat of Salah when you sit for Qaa’dah Akheerah to finish the Prayer, recite Tashahudd till At-Tahiyaat. In case if you send Darood and make dua after At-Tahiyaat even though you can perform Sajda Sahw.

2- Then make a single Salam to the right side.

3- After that, you have to perform two consecutive additional prostrations (sajood). Recite the same verse for the Sajda as you recite in regular prayer. There is no difference in the Sajda Sahw.

5- In the end, like a regular prayer finish your Salah by making Salam on both sides.

6- If you forget to perform Sajda Sahu and offered Salam in the last Rakah, you can still perform it continuing the same Salam only if;

By performing Sajda Sahw, the prayer becomes valid. If one does not perform it, he has to repeat the prayer. – Jami` at-Tirmidhi 393 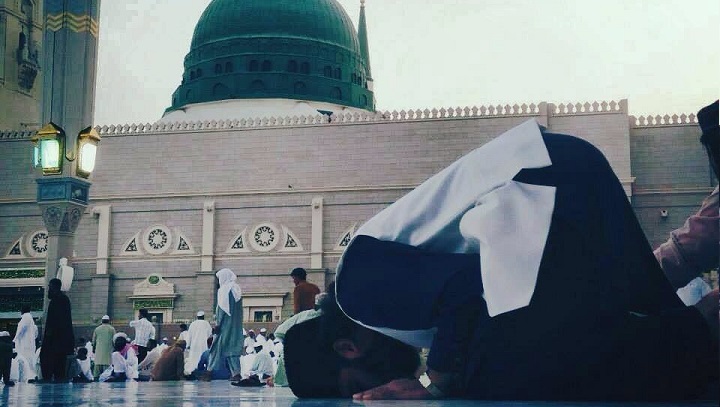 When is Sajda Sahw required?

If one or many of the wajib acts of Salah is omitted unintentionally then it becomes wajib to make Sajda Sahw. Here are the 14 mistakes which can be rectified through Saja Sahu;

1 – In a fard salah having more than two Rakat in total, if anyone forgets to recite a surah after he is done with the recitation of al Fatiha, in the first two Rakats, it is obligatory upon him to do the recitation of surah in the remaining Rakats and he has to do forgetful prostration Sajda Sahw as well.

3 – If a person has performed 2 rukus or 3 Sajdahs by mistake, and then it is wajib for him to make the Sajda Sahw to validate his prayer.

4 – If a person pauses in prayer so long that, in that extension of time, one could recite سبحان الله three times, then Sajda Sahw becomes wajib.

5 – In a 3 or four Rakat of fard prayer, once the person sat for the at-tahiyyaat within the second Rakat, he unintentionally recited at-tahiyyaat twice, the Sajda Sahw will be wajib for him.

6 – A person mistakenly recited something else or Surah Fatihah instead of At-Tahiyaat, Sajda Sahw will be required.

7 – A person forgets to sit in the second Rakat for the At-Tahiyaat in a 3 or 4 Rakat prayers and stands up directly for the 3rd Rakat. When he realized his mistake, he was almost in a standing posture then he should not sit down again. As soon as he remembers he should sit for At-tahiyaat before the Sajdahs for the third Rakat. If he realizes about it after the third Rakat, he should continue his prayer and perform Sajda Sahw at the end. – Sahih al-Bukhari 830

8 – If a person forgets about the number of Rakat and instead of sitting down in the 4th Rakat he almost stands up. If a person stands up properly, even after that he should sit down.  Even if a person has recited Surah Faatihah and the other Surah, and is in ruku, still he should sit down, recite at-tahiyyaat and then do Sajda Sahw. – Sahih al-Bukhari 1226

9 – In case of confusion between the numbers of Rakats he has performed, he has to repeat his prayer, if this confusion was coincidental. However, if these sorts of uncertainties happen rather frequently, he should see what is heartfelt. But if after thinking about the matter, his mind is still not satisfied, then he should consider this matter as if he offered 3 Rakats and then offer one more Rakat along with Sajda Sahu.

10 – In a prayer having three or four Rakats, if a person mistakenly made salaam after the Tashadudd in the second Rakat, he should stand up for the third Rakat straightaway and finish his prayer, and also it makes Sajda Sahw wajib.

13 – In the fajr, maghrib, and isha prayer, the recitation should be in a loud voice and zuhr and asar prayers should be offered silently.

So if a person as an imam offered a prayer in a loud voice which should be offered silently, Sajda Sahw will become Wajib and vice versa.

14 – If a Person forgets to stand straight after Ruku and goes directly to Sajda, he will have to perform Sajda Sahw.

If numerous mistakes happen in prayer, which makes Sajda Sahu wajib, then there is only one set of Sajda Sahw for all the several things. Only one Sajda Sahw will be sufficient for all the mistakes. 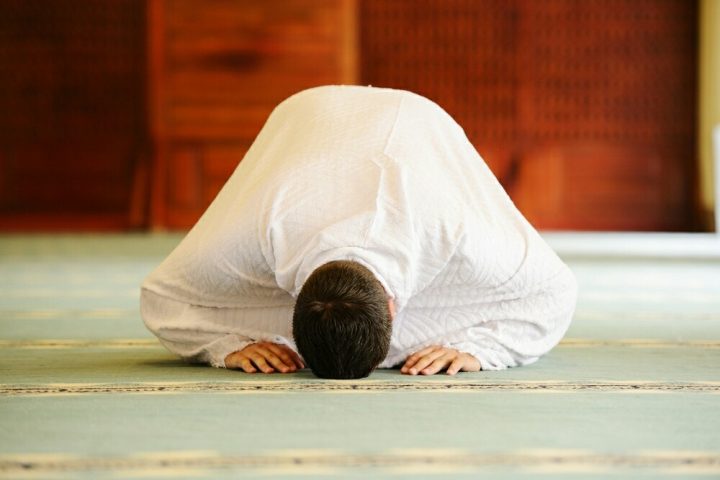 When is Sajda Sahu not required?

There are some mistakes in which you will not be required to perform Sajda sahw. We have listed them below.

1 – A person intentionally omits anything and done those mistakes then he has to repeat his prayer. Even if doing the Sajda Sahu doesn’t make any difference, the prayer will still be invalid.

2 – If a person leaves any of the Fard acts of Salah, he will have to repeat the prayer. Sajda Sahw will not rectify the omission of a Fard act of Salah.

3 –  If a person makes another omission after Sajda Sahw, then the first Sajda Sahw will be sufficient and there is no need to make another.

4 – When a person starts his prayer by reciting dua-e-qunoot rather than reciting the thanaa, the forgetfulness prostration Sajda Sahw won’t become wajib.

5 – If a person in the 3rd and 4th unit of a Fardh prayer is recited at-tahiyyaat or anything else in place of Surah Faatihah, the Sajda e Sahu won’t be wajib.

6 – If a person forgets about the number of rakaat and instead of sitting down in the 4th rakaat he almost stands up, then if he is still in the sitting posture, like not standing properly, he has to sit down, recite the at-tahiyyaat, darood, dua and then in the end salaam. The Sajda Sahw does not become Waajib.

7 – If a person does not realize even in his 5th rakat that he is praying actually fifth rakat till the time he performs Sajda, he will have to complete one more rakat and complete 6 rakat. This 2 additional rakat will be considered as a nafl prayer. There will be no Sajda e Sahw.

8 – The  Sajda Sahws (sujood) will not become wajib if a person read thanaa’ instead of reciting dua-e-qunoot in the witr prayer and later on when he knew his mistake, he recited the qunoot as well.

9 – If by mistake a person recites any Surat other after Surah Faatihah in last two rakasts of a fard prayer, then the  Sajda Sahw won’t be wajib.

10 – If upon commencing the prayer a person forgets to recite the thanaa’, the  Sajda e Sahu won’t be wajib

12 – If he forgets to recite ruku tasbeeh, the  Sajda Sahw won’t be wajib.

13 – If he forgets to recite sajda tasbeeh, the  Sajda Sahw won’t be wajib

14 – While concluding his prayer he makes salaam without reciting the dua and durood, the Sajda e Sahw won’t be wajib.