When I learned how to pray Salatul Janazah, I was shocked to observe that most of the people don’t even know the steps to offer Janazah or funeral prayer in Islam. Every sect like shafi, hanafi, hanbali and maliki have a slightly different way to offer Janazah prayer.

The importance of Salat-al-Janaza in Islam

The Funeral Prayer in Islam is Fard Kafayah, which basically means that if anyone prays the prayer, all the others are free from the responsibility.  Otherwise, all those who received news of the death and did not attend the funeral would be considered sinners. (Hadith No. 1948, Book of Funerals, Sunan An-Nasa’i, Vol. 3).

I have tried to explain all the steps to perform Janazah prayer or funeral prayer in Islam below according to shafi and hanafi point of view.

The imam and the Muqtadee should raise their hands up to their ears and then fold their hands underneath the navel as is usual while saying “Allah-O-Akbar”.

There is a difference of opinion among scholars about whether Sura-Fateha needs to be recited in the first Takbir.

According to Shafi, Hanbali, and Maliki way to offer Janazah prayer it is important to say Sura Fateha in the funeral prayer. (Hadith No. 419, Book of Funerals, Sahih Bukhari, Vol. 2).

However, according to the Hanafi way to offer funeral prayer, the above-mentioned prayers should be recited after the first Takbir.

In the second rakah of Janazah prayer, one must say Allah-O-Akbar and also recite the Durood-e-Ibrahim. I don’t think there is a difference among scholars about it as it is recited by Hanafi as well as Shafi people while offering Salat ul Janazah. 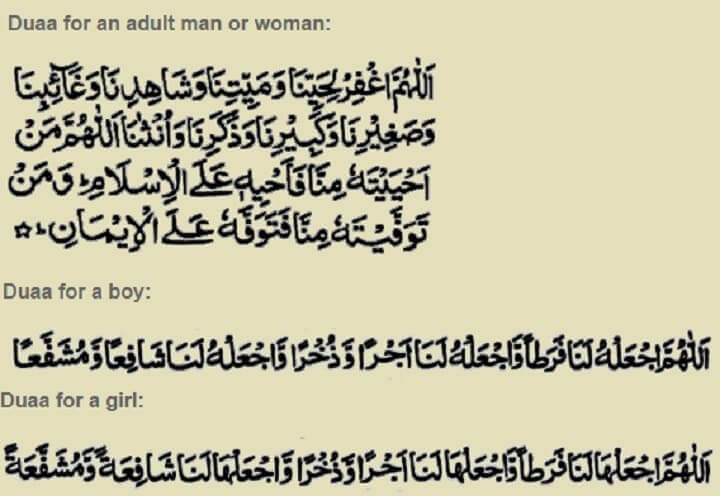 In the final step, no supplications need to be recited after the 4th Takbir. The Sunnah way agreed by all is to say Taslim after pronouncing the fourth Takbir.

Can we pray maghrib and Isha together?

Can a man pray Salah at home?

What if you have missed Fard Salah for many years?

Should we recite Surah Fatiha behind Imam?