The sole purpose of having a trial period is to give an opportunity to both, the employer and the employee to understand the work environment before making a final decision to continue the job.

Article 53 and 54 of Saudi Labor Law state that the probation period; 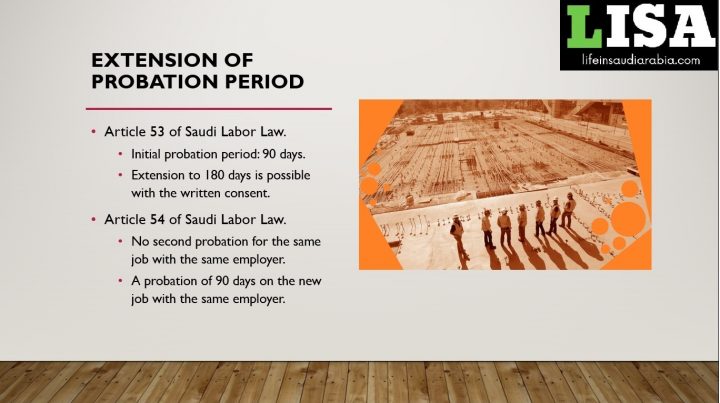 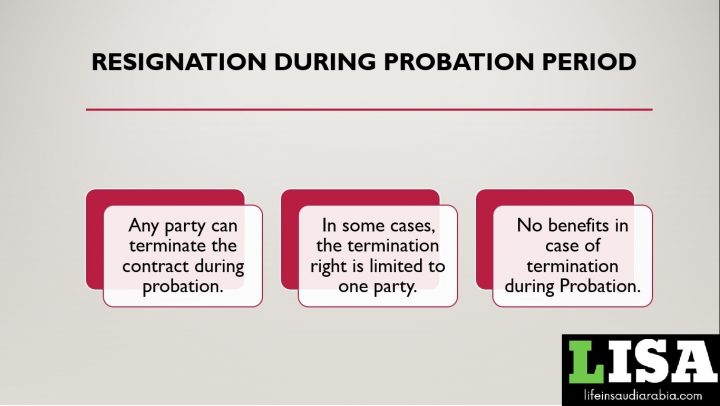 Final Exit during the probation period

An employee can resign and request a final exit during the probation period in KSA. However, in this case, he will have to incur the cost of processing the final exit and pay for the airplane ticket as per Article 40 (2) of Saudi Labor Law.

As per the latest update from Jawazat, now you can issue the final exit visa from the Muqeem account no matter if the Iqama of the employee is issued or not. 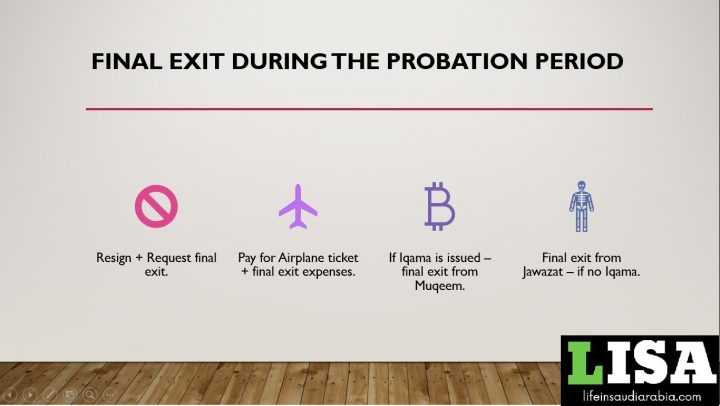 Similarly, an employee can submit a resignation to his employer and request the transfer of sponsorship during the probation period in KSA.

If the employer agrees to transfer the sponsorship, he may ask you to pay back the expenses incurred on your hiring initially e.g. visa cost, airplane cost, and transfer of sponsorship fee. 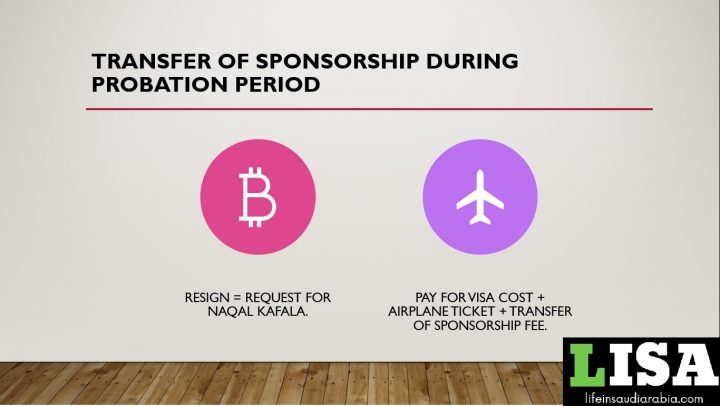 Can an employer send me on unpaid leave?