Life in Saudi Arabia
Home General Information Travelling from KSA What to do in Istanbul in 3 days?

I have recently visited Istanbul. This city holds many artifacts that hold great significance too many other empires of history. They have a very good transport system. In this article, I have explained what to do in Istanbul in 3 days.

Just take the metro, tramway or any other public transport and come to Sultan Ahmet. Sultan Ahmet is the name of the area. You can find this station on a transportation map attached at the end of the page. You can ask from your hotel reception about the easiest way to come here. The first place to visit in Sultan Ahmet should be Hagia Sofia.

Entrance ticket is for 30 Liras (SR 50). There will be many guides available there but I preferred to not to hire them. I don’t think one should hire them. History says about this that when the Byzantine Emperor, Justinian entered this church after its construction was done back in 536AD, he was left in complete shock and thanked his Lord for gracing him with such work.

Aya Sofia which was first named as Hagia Sophia is one of the most important landmarks of Turkey. This place also became the statement to the world about his wealth and technical that represented his empire.

Through tradition, it is known that within this church around his throne was the center of the world. This later was converted into a mosque after the Ottoman armies had conquered. Now, however, it stands as a Museum since the 20th Century attracting tourists from around the globe. 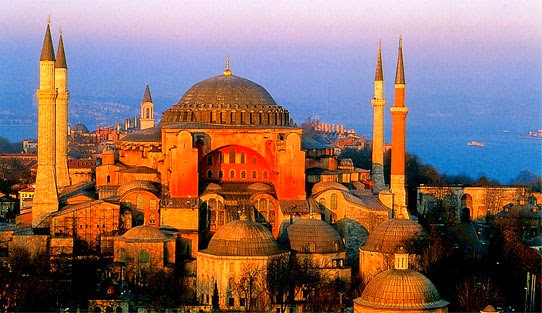 You can just walk to Topkapi Palace after visiting Hagia Sofia. This Palace was first built by Mehmet the Conqueror in the 15th Century. This palace is absolutely glorious and breath-taking. This palace was built beside the Bosphorus, where the Ottoman Empire Sultans ruled over their dominions up till the 19th Century.

Topkapi defines Islamic Art and Culture with its beautiful paintings and wall carvings. It also showcases opulent courtyards all decorated with hand-painted tile work. Among the many highlights of this palace is the Harem where the Sultan's children would pass away their days. Next is the Second Court, where one can take strolls past the Palace Kitchen, make way towards the Imperial Council Chamber and stand there dazzled by the Interior.

Finally, the Third Court which contained the Sultan's private rooms which all display a very unique and impressive collection of the relics of the Prophet Muhammad. These relics will be found in the Sacred Safekeeping Room which is also home to the Imperial Treasury where gold objects and gems will be waiting to greet you. This will surely keep you busy through half of the day so make sure you take out the proper time to visit this beautiful palace. 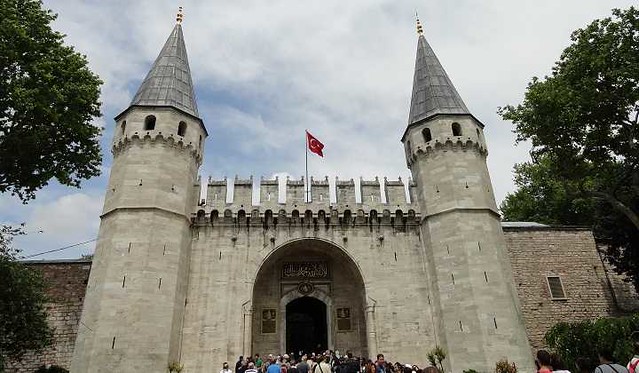 After visiting Topkapi Palace, you can walk to the Blue Mosque. All three attractions we have talked about are in the walking distance. Entrance is free. This is also known as the Sultan Ahmed Cammi by the locals and is a perfect display of beautiful architecture! This was a beautiful gift to the capital of Sultan Ahmed the first.

The overall color and architecture of this spatial mosque make it the Ottoman's finest work. You must not miss this out while on your visit to Turkey. If you visit this beautiful mosque, wait till the call of Azan. Azan in Blue Mosque is a mind relieving experience. Azan starts from Blue Mosque and one person from Hagia Sofia replies to it. I have seen people from Europe and even non-Muslims listening to this beautiful Azan in the blue mosque. 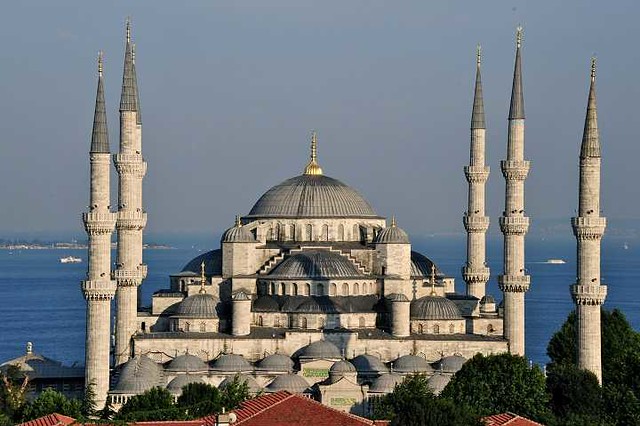 After visiting the Blue Mosque, your next destination on the same day should be Basilica Cistern. Again, this is the walking distance to Blue Mosque. The Basilica Cistern which is also known as the Yerebaten Sarnici is one of the most surprising tourist attractions of Istanbul.

This is a huge palace much like an underground hall which is supported by three hundred and thirty-six columns in twelve rows which once stored the imperial water supply for the Byzantine Emperors. This project was initiated by Constantine the Great however finished by Emperor Justinian in the Sixth Century. 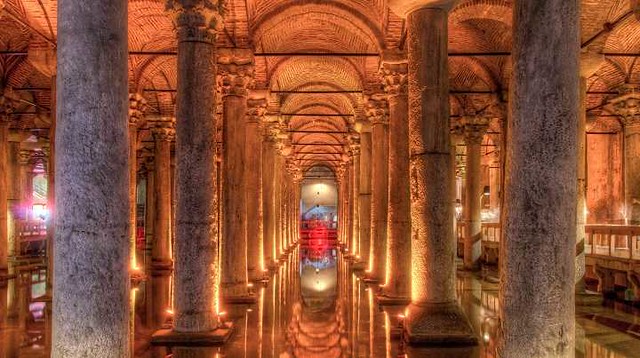 When you are done with visiting all the above locations which are in Sultan Ahmet area, your next destination should be Grand Bazar. You can visit all these locations in one day. The Grand Bazar that is known as the KapaliCarsi is one of the world's first shopping mall.

People who do visit Turkey come in for the museums and shopping about in the malls thus this Bazar is always filled will people and tourists. This massive mall has nearly eleven gates from which the only one offers entrance.

This mall covers nearly a whole city quarter, surrounded by thick walls between Nure Osmaniye Mosque and Beyazit Mosque. The entrance has a maze of vaulted ceiling laneways which are lined by shops and stalls that makes locating and shopping much easy.

It is an expensive bazaar and you will have all the liberty to use your negotiation skills. You will find many beautiful cultural things here but I loved the colorful lamps. OMG, it’s worth buying. 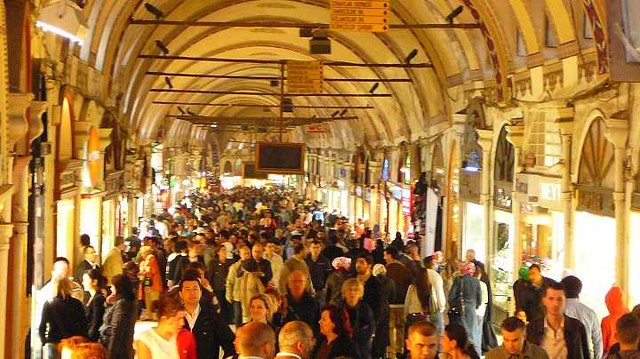 When you are done with Grand Bazar, it must be evening time. Aaah, you have spent a hectic day with me. Well, I am not going to spare you. There is another place to visit which will relieve all your tiredness i.e. Hodja Pasha. It is also within the walking distance from Grand Bazar.

Hodja Pasha is a theater in Istanbul that hosts dances of Turkish, belly and Sufi Inspired Dances every day. This is one of the most entertaining locations in Istanbul, a good way to take your mind off from all the stress. What I find most inspiring are the swirling Devices.

That is taken to be the highlight of the Hodja Pasha and one must pay a visit there. It is a must watch the show. The ticket is available for around 70 Liras (SR 114). After watching this show, you can find tramway just in front of Hodja Pasha. Go back to your hotel and take rest. You are done with Day 1. 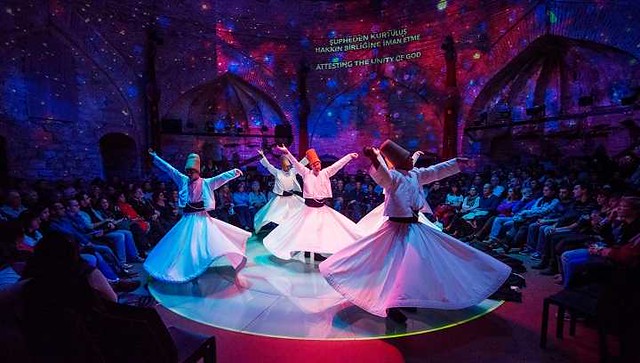 Get up in the morning, have breakfast, take the tramway and drop by Kabatas. You can find these areas on the map attached below. Here you will start your day by visiting Dolmabache Palace. This particular palace shows the clear influences from Europe built by the Sultan, Abdul Mecid the First in 1854 after which it became the main residence of the Sultans.

This palace has exquisite fountains and gardens with flower beds, ornamental basins. Within the palace are sheer splendor and much of pomp of the Turkish Renaissance style dazzling about. The Interiors all represent a mixture of Baroque, Rococo, neoclassical and much of Ottoman elements.

What actually amazed me were the mammoth crystal chandeliers with liberal use of gold and the French style furniture. Something you shouldn't be missing is the dazzling ceiling frescoes. Entrance fee is 30 Liras but believes me, it is worth watching the place. Do not forget to have a cup of coffee at the restaurant just beside this beautiful palace. 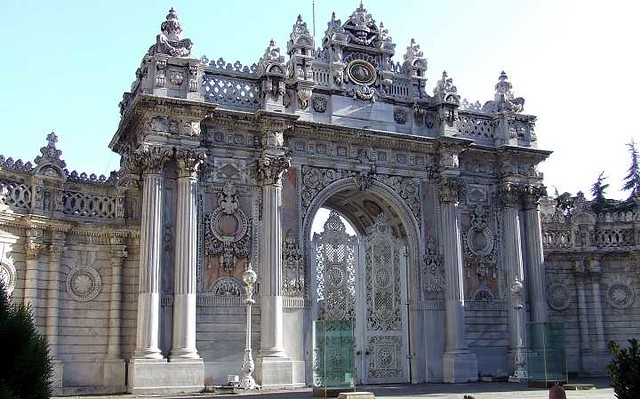 You can take the metro from Kabatas and drop by Eminonu station. You can locate this station on the transportation map at the end of the page. Here you need to visit Spice Bazar. It will take you some time to search for Spice Bazar but it is worth visiting the place.

This is the foodie market where you can get all the best goodies you want including the famous Turkish delight, dry fruits, nuts and spices of course. This Bazar is very much crowded and thus the ideal time to visit this mosque is before 11 am and after 4 pm.

This Bazar is a prime tourist attraction and huge groups of tourists visit this Bazar every single day. Thus this Bazar gets extremely crowded during most of the daytime. 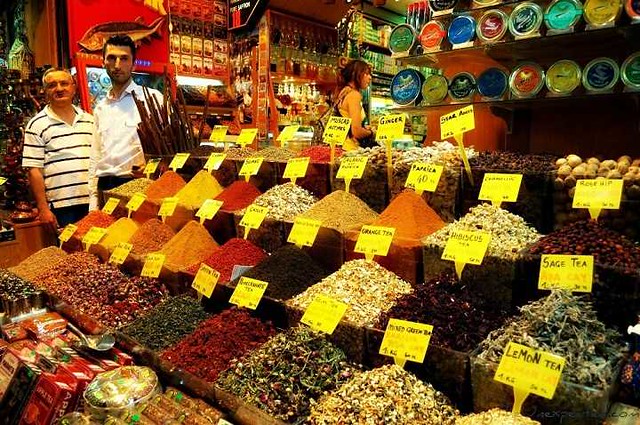 After you are done with the Spice Bazar, the next attraction is Galata Bridge. You will find it on the exit of spice bazaar. This is one of the most famous bridges of the city of Istanbul which links the old city district with Taksim and Beyoglu.

This bridge is always busy with pedestrians and traffics which was built in 1992 as a replacement for the old Galata Bridge which had burnt down in 1991. This bridge also offers you fish caught by the local fisherman and is an ideal location for shutterbugs. It is also a hotspot for admiring the sunset.

In the middle of the Galata Bridge, you will be able to see the beautiful Galata Tower. Be ready to climb many stairs to the bottom of the tower is on some mountain. This tower was built in the 14th Century, is one of Istanbul’s most remarkable and recognizable landmarks.

You can probably view much of the city from the balcony of this Genoese Tower. I don’t remember exactly but I think a fee of the entrance to this beautiful Galata Tower was 20 Liras (SR 32). Now you are done with Day 2, go back to your hotel and enjoy the night time. 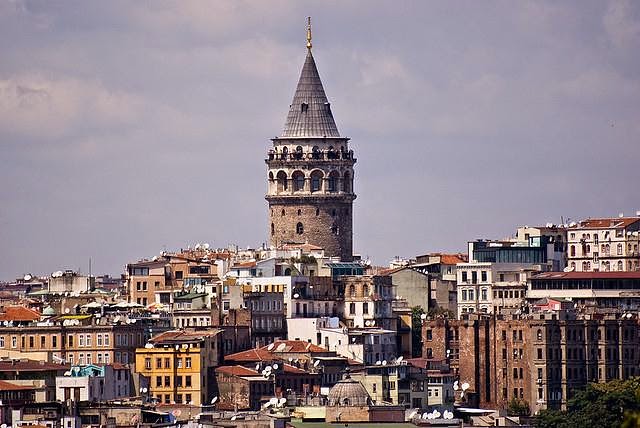 If you are visiting Istanbul and not taking a Bosphorus tour, you are not justifying your visit. You will find many companies offering this tour along with some other locations like old churches, mosques, and golden horn. It costs around 150 Liras for 6,7 hours.

Don’t be a miser and take this tour. Talk to the tour guide and make sure you are in the Bosphorus before sunset. After a road trip, you will be on a ship for around 2 hours. You will see the whole of Istanbul and its beauty there. I was not expecting it to be that beautiful.

It looks awesome in the night time just after sunset. Sunset experience in the ship is also an attraction. I was very calm, relieved and found my all nerves in deep relaxation once I was on the ship for two-three hours. 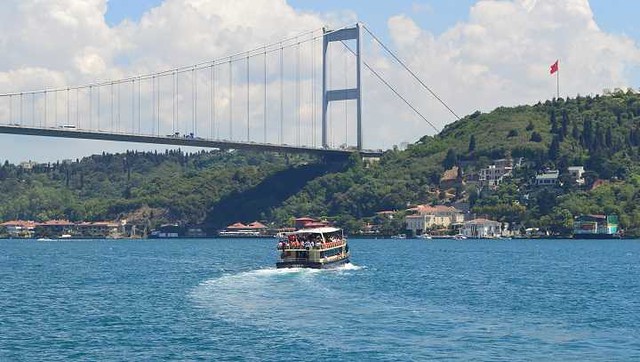 It has a number of large churches and old consulate buildings located nearby. It must be night time and you can feel the real Istanbul in Taksim. The nightlife of Istanbul is in Taksim. You will find many prostitutes standing around, bars, dance clubs and everything here. Just walk the streets and enjoy it. 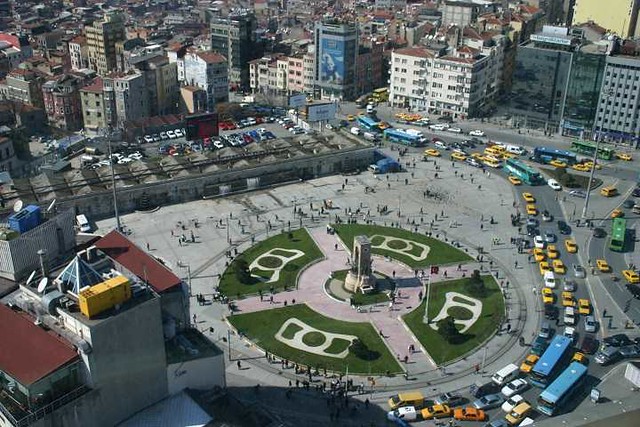 It is connected to Taksim Square. You can walk in the street and will find almost every brand in the world here. You will find people from almost every country walking around.

This street is pedestrianized because of the modern shopping street and with a wealth of huge restaurants and cafes lined up through this bustling street. Towards the end of this street, one can reach the oldest underground railway in the world near Galata Bridge. 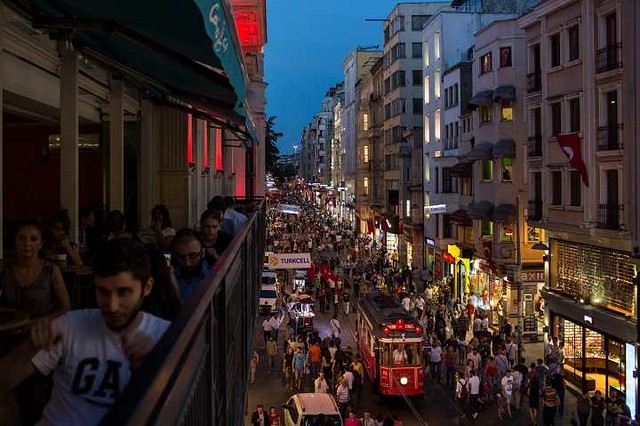 Where to book Hotel in Istanbul? 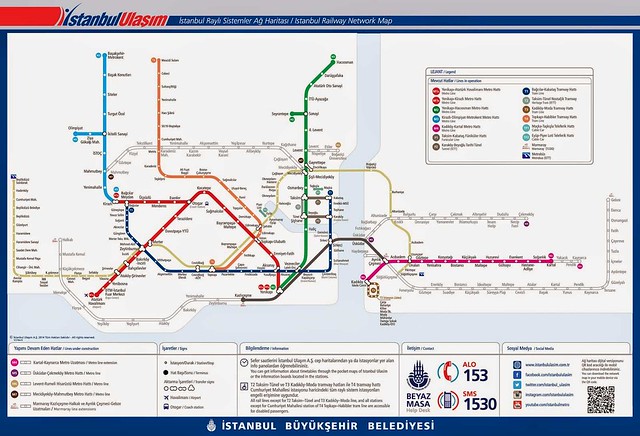 All Day 1 attraction is near Sultan Ahmet area. But believe me, you will only find cats and dogs walking on the streets after 8 pm in the night in Sultan Ahmet. It is just opposite to life in Taksim square.

10 things you will miss after moving from Saudi Arabia

How to drive car in Austria on Saudi Driving License?