Allah has sent 124,000 prophets out of which one was Prophet Saleh عليه السلام who was sent to the people of Thamud. He was not only a Nabi but a Rasool as well.

The name of Prophet Saleh عليه السلام is mentioned 9 times in the Holy Quran at different places.

Allah ordered Prophet Hud عليه السلام to leave the place with the believers so they migrated to a city called Al-Hijr. In other words, the people of Aad are actually the ancestors of the people of Thamud.

Al-Hijr was blessed with great soil due to which the valley could grow all most anything easily. Due to the rich green lands, the cattle and sheep would graze there. The valley is called Madain Saleh today.

The people of Thamud constructed magnificent buildings as they had heard that the people of Aad were destroyed by a tornado.

You built palaces on its plains and carved homes into mountains. – Al-A’raf 7:74 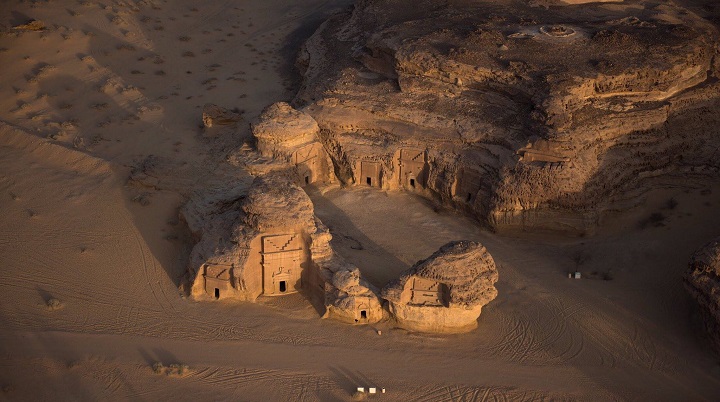 The tragic part is that the people of Thamud had forgotten Allah who had blessed them with all such bounties. Upon this, Allah sent Prophet Saleh عليه السلام to guide them.

Upon his tireless efforts, only a few got convinced and embraced Islam while others remained infidels. 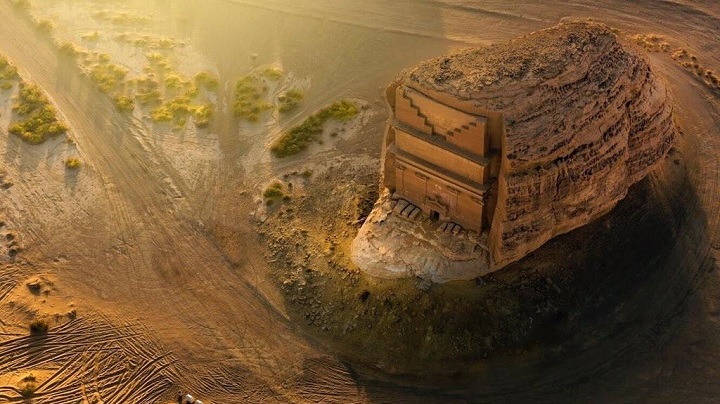 Once the chiefs of the people of Thamud were in a gathering where Prophet Saleh عليه السلام started inviting them to Islam.

They said: “Ask your Lord to make a she-camel, which must be 10 months pregnant, tall and attractive, issue from the rock for us.”

Upon this great miracle, some embraced Prophet Saleh عليه السلام as a true Nabi while others continued in their disbelief. 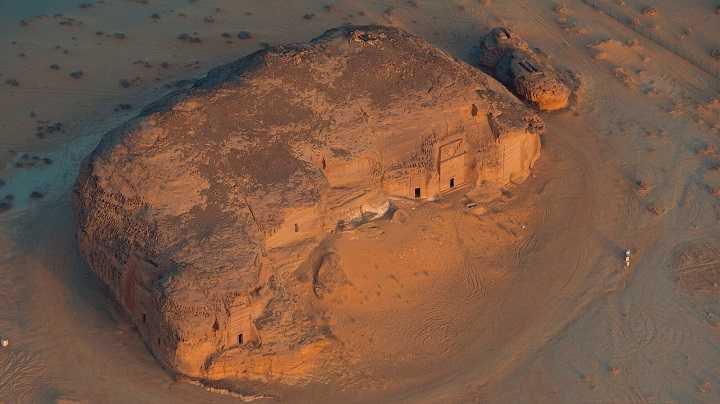 Special Treatment for the camel

O  my people! This she-camel of Allah is a sign for you. So leave her to graze ˹freely˺ on Allah’s earth and do her no harm, or a swift punishment will overtake you! – Hud 11:64

Water Distribution for the camel

People of Thamud began complaining that the she-camel used to drink most of the water and frightened their cattle.

Therefore, Allah decided that the she-camel would drink water from the well one-day and other cattle may drink water another day. It left most of their cattle thirsty one day.

The plot to kill the camel

The people of Thamud started hating the camel so much that a woman Saduq bint of Mahya offered herself to a young man named Masrai Ibn Mahraj for killing the camel.

Another woman Aneeza bint Ghaneem offered the marriage of her 4 daughters to Qudar Ibn Saluf if he kills the camel. 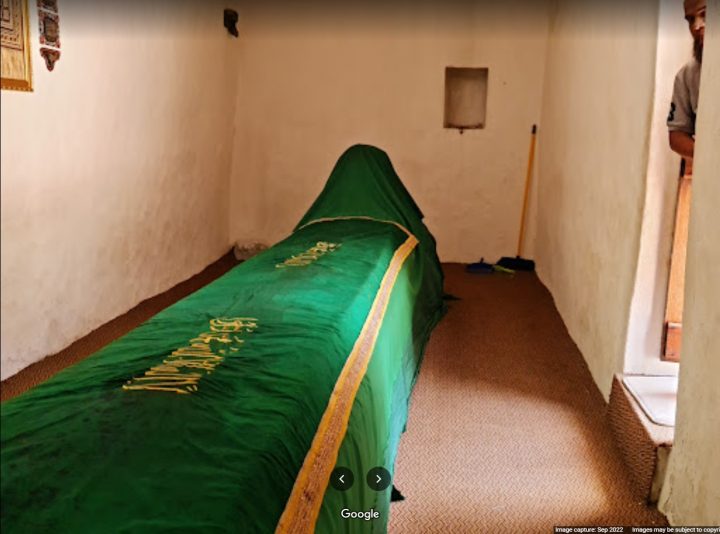 How did they kill the camel?

As the she-camel came to drink at the well, Masrai Ibn Mahraj shot it in the leg with an arrow. It tried to escape but was hampered by the arrow. Qudar Ibn Saluf followed the camel and struck it with a sword in the other leg. As it fell to the ground, he pierced it with his sword.

When the most wicked of them was roused ˹to kill the she-camel. – Ash-Shams 91:12

The baby-camel got scared and ran towards a mountain and screamed 3 times before disappearing behind the rocks.

Both Masrai Ibn Mahraj and Qudar Ibn Saluf were given a heroic welcome when they returned to the people of Thamud with the news. 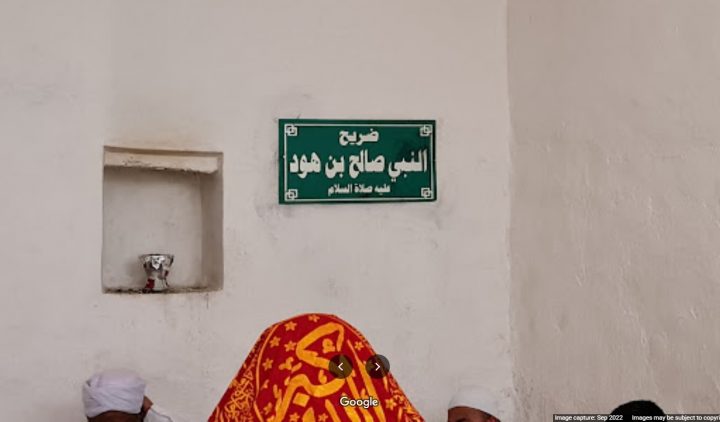 Then they killed the she-camel—defying their Lord’s command—and challenged Saleh, “Bring us what you threaten us with if you are ˹truly˺ one of the messengers.” – Al-A’raf 7:77

Prophet Saleh عليه السلام got upset with it and on the orders of Allah, he said: Enjoy life for 3 more days then the punishment will descend upon you. 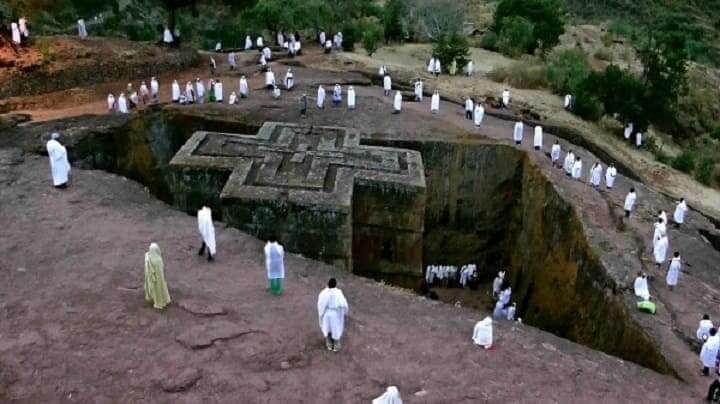 A plot to kill Prophet Saleh

Upon this, the people of Thamud planned to kill Prophet Saleh عليه السلام and his family members.

What happened in 3 days?

It was Thursday, the first day of the warning when the faces of the people of Thamud turned pale. At the end of the day, they reminded Prophet Saleh عليه السلام that one day has passed (making fun of him).

Prophet Saleh عليه السلام was asked to migrate with the believers before the start of the torment. 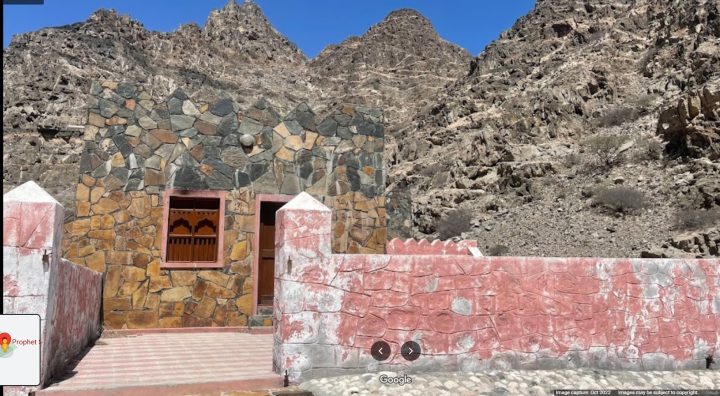 They heard a scream so powerful that they could not survive. An earthquake jolted them at their houses. All were destroyed before they realized what was happening.

Many people avoid going to this place due to a hadith of Prophet Muhammad ﷺ where he abstained people from entering the place.

Prophet Muhammad ﷺ said: “Do not enter the ruined dwellings of those who were unjust to themselves unless (you enter) weeping, lest you should suffer the same punishment as was inflicted upon them.” – Sahi Bukhari 3381 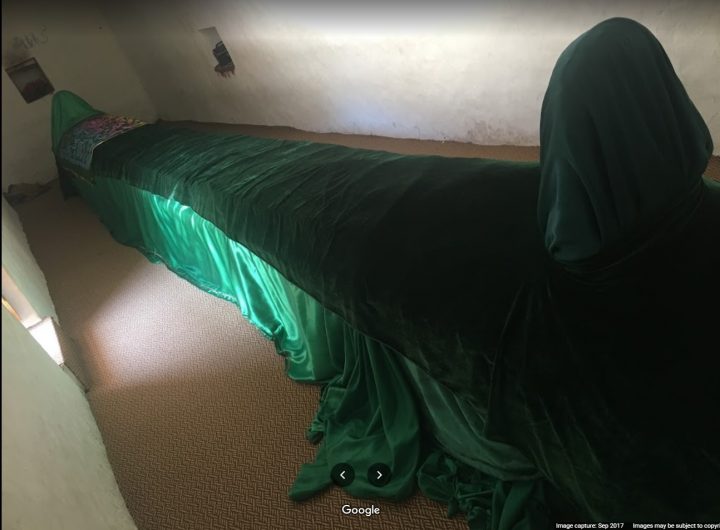 Prophet Saleh عليه السلام died in present-day Oman and his grave and tomb are also located there.

Situated in one of the most serene places, Prophet Saleh عليه السلام tomb has breathtaking views. Away from the hustle and bustle of the city, it is one of the most peaceful places I have ever been to.

Drive to the tomb takes around 2 hours from Salalah, but the road leading to the tomb itself is beautiful as you drive through the coastal line with mountains on the other side.