The Holy Quran talks about the people of well (أَصْحَـٰبَ ٱلرَّسِّ) twice without further information about them. Here is the story of the people of Ar-Rass who killed their Prophet, Hanzalah Ibn Safwan عليه السلام.

The people of well are mentioned twice in the Holy Quran.

We destroyed Aad, Thamûd, the people of Ar-Rass, and many peoples in between. – Al Furqan 25:38

The people of Noah denied before them, and the people of Ar-Rass and Thamūd. – Qaaf 50:12 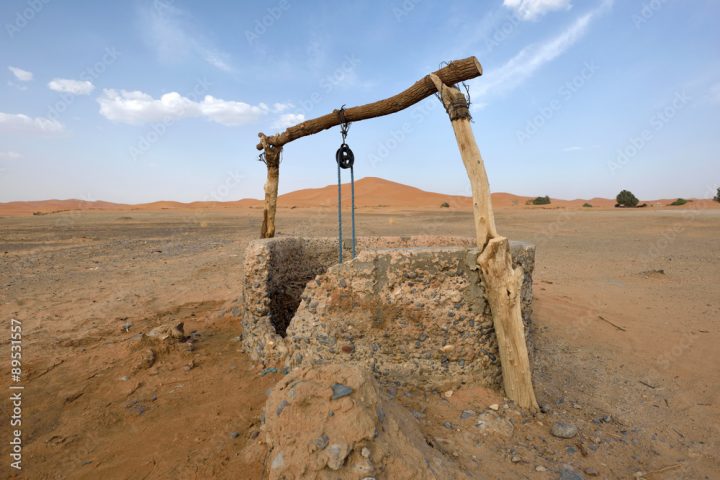 According to some reports, the place where the People of Ar-Rass used to live is mentioned as Hadramaut in Yemen.

Similarly, we can derive that Prophet Hanzalah Ibn Safwan عليه السلام was born between Prophet Hud عليه السلام and Prophet Saleh عليه السلام i.e. around 2,150 BC.

Who were people of well?

Ibn Jarir stated that the people of Ar-Rass were actually a group of people who migrated when the people of Aad were destructed by Allah. In other words, it is a branch of the Thamud tribe.

According to some reports, their women were lesbian. It is exactly opposite to the people of Lut who were Gay.

They had a well sufficing them and their land. They also had a just and good-hearted king. When he died, they were much grieved for him.

After 4 days Satan took his form and said: ‘I was not dead, but I kept absent from you to see your reaction.’ They were very joyful.

He commanded them to set up a curtain between him and then told them that he would never die. A significant number of them believed him and were fascinated with and worshiped him.

Allah sent Prophet Hanzalah Ibn Safwan عليه السلام towards them to guide them about the right path. He told the people of Ar-Rass that it was Satan who was addressing them from behind the curtain. He preached to them to worship only one God i.e. Almighty Allah.

However, they were stubborn and did not listen to him. Finally, the people of the well killed him and threw his body inside a well. Upon this, destroyed them and their homes.