After about 40 years, a Palestinian pilgrim named Nabeel Abu Al-Again visited the holy city of Madinah again to perform Hajj with his spouse Fatima Al Ifranji. The couple had performed Hajj together when they were newly wedded in 1977 when they decided to have their honeymoon in the Prophet’s city.

We came to celebrate our honeymoon here

Abu Al Ainain was on the peak of Al Rumah Mountain (arrow throwers) when he recalled his previous trip to the city and told Saudi Gazette that the past repeats itself. It was about 40 years ago that both the husband and wife were on this significant mountain.

That time they were newly wedded. They were full of energy and power. He mentioned that Madinah has changed a lot. It improved because of the super expansion projects and the extraordinary development and use of technology in the Prophet’s Mosque. 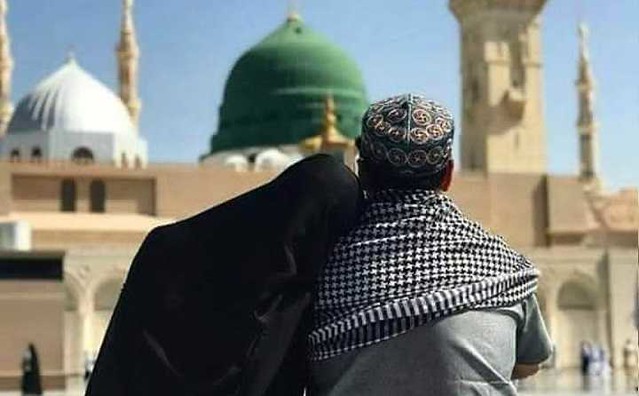 We performed Hajj as a wedding celebration

He also told that he and his bride had decided mutually to perform Hajj as their wedding celebration. It took them four long hours under boiling temperature to get to the mountain but this time it took them only 20 minutes to reach the mountain.

The tour of Hajj was full of difficulties back then. They didn’t have chiller facilities neither did they have safety glasses. They only used an umbrella for protection from sun heat. They had to arrange for food and water for themselves which would expire on the trip but now they are provided with this facility as well.

At times they faced food deficiency and health issues. The earliest time it took them to travel to the Kingdom was 18 days from Palestine. Now they reached the Kingdom from home in two days only, as said by the husband. 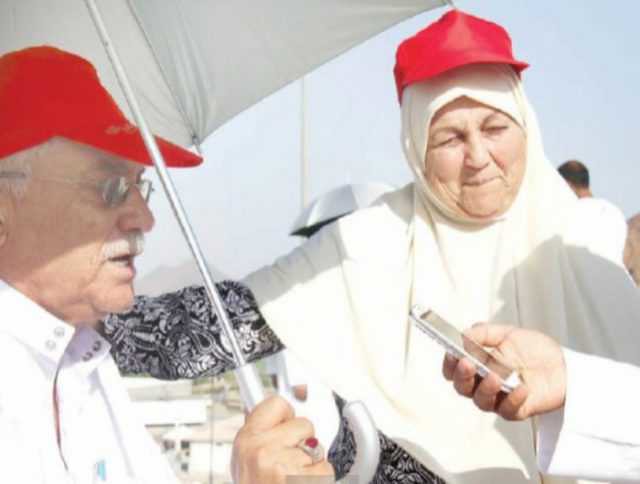 The pilgrims used to cover the distances by road, or sea, riding camels or sometimes by walking. Now the situation is different. Everybody comes via airplanes. Al-Ifranji said that even if they were youthful when they performed Hajj for the first time in 1977, they were not capable of going up the mountain. They only stood next to the grave of Hamza, the master of the martyrs

She said now that both of them are in their 60s, they were able to climb the mountain easily because of the facilities. The aged wife said that the first Hajj expense was about SR 1,000 only but now they paid about SR 24,000 to be able to meet the fixed cost of their pilgrimage.